Did Target have an epiphany moment on income inequality, or has a tight labor market forced it to hike its minimum wage? Either way, it’s boosting its paychecks to compete more favorably with larger competitors Amazon and Walmart.

In a statement, the company noted it was fulfilling the commitment it made two years ago. Target is raising its minimum wage to $13 an hour starting this June. Its goal is to raise it to $15 an hour by the end of 2020.

The admirable move still leaves it behind Amazon and Costco. However, it’s ahead of Walmart.

Target’s announcement came on the same day that very good numbers were released about the job market.

In boosting wages, Target didn’t specifically address the competitive job market environment. However, it did list a bounty of efforts about what it was doing to attract and retain workers.

“We do it by investing in their careers and well-being, through robust training and leadership programs, competitive benefits, discounts and support in times of need.”

The news was welcomed by Target investors. Shortly before the market close, shares were up about 2.81% to $81.54 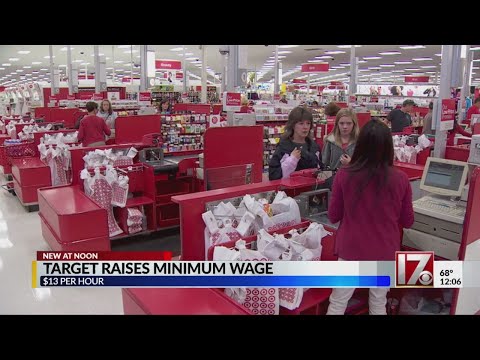 Target boasts its awareness of the importance of paying workers better. In 2017, the retailer paid $11 an hour. It bumped its minimum wage to $12 last year.

Amazon, meanwhile, pays its workers $15 an hour. The behemoth’s hourly pay beats its top rival Walmart. The world’s largest retailer pays $11 an hour for entry-level positions, which is still around 52% higher than the $7.25 federal minimum wage.

Not to be outdone, Costco boosted its hourly wage to $15 an hour from $11 in March.