Travis Scott blatantly disrespected T-Pain, at least that’s how T-Pain’s fans perceive it. If they’re right, it makes sense that Scott would fall for someone like Kylie Jenner.

Jenner has been unprofessional, tone-deaf, and bush-league since she rose to stardom. It seems she may have found the perfect mate.

When he finally did, Scott and his crew complained that the speakers weren’t loud enough.

T-Pain then spent $540/day on each speaker that he brought in to appease them.

After he heard some tracks from Astroworld, Pain started going to work on a beat. He said when he looked back, “everyone in the room [was] f*cking asleep.”

Travis is also somehow asleep standing up. Don’t know-how. Can’t f*cking tell you. Don’t know what the f*ck happened. Bro, I was only talking for like three or four minutes.

But, being the professional that he is, T-Pain downplayed the drama. He said it “happens all of the time.”

Does It Really Happen All the Time?

T-Pain’s diplomatic response, while admirable, is fooling no one.

Does he expect us to believe that people fall asleep, standing up, after 3 or 4 minutes in the studio, ‘all of the time?’

Do people really ask you to rent thousands of dollars of speaker equipment so that they can play their songs ‘louder’ — all of the time?

Do they really ghost you multiple times before finally showing up?

That’s shocking for a mumble rapper who shot to fame for appearing in a video game. But, what else would you expect from someone who fell in love with the hollow remains of Kylie Jenner?

The Only Thing Kylie Jenner Is ‘Influencing’ Is Terrible Behavior

Kylie Jenner and Travis Scott have one thing in common: they’re great at marketing. Scott’s Fortnite concert was a brilliant idea. He got to look cool for a teenage demographic that likely wouldn’t analyze his terrible lyrics too closely.

Kylie Jenner rode her Kardashian association to the top. Her makeup company, combined with her shoddy accounting, almost made her a billionaire. 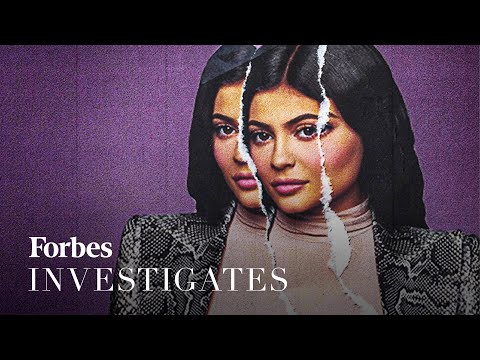 But these two share more than a flair for marketing. They’re both 100% empty calories. Travis Scott has the look and, sometimes, the beats. But his rap skills are like training wheels for real music.

Kylie Jenner is a compilation of different body parts that learned how to post themselves on Instagram.

She claims to be an ‘influencer,’ but when the world is on fire, she’s fallen horrendously short of that title. During the height of Black Lives Matter, she mostly posted bikini pics or showcased her obnoxious, pouty lips.

After telling everyone to quarantine and wear a mask, Kylie Jenner just flaunted her trip to a locked-down Navajo reservation with friends. No one wore a mask or socially distanced themselves. But she did, of course, find time to show us her body parts in a bikini multiple times.

Bravo, Kylie. At least you found someone shallow enough to put up with you. Next time, she and Travis Scott should join T-Pain in the studio. They should not only stay awake but take notes on how to be a person with integrity.