This year marks the Super Mario 35th Anniversary celebrations. As you can probably imagine, there is a lot of stuff planned. Nintendo has already announced a brand new collection of games for the Switch. Now, it looks like the merch is starting to roll in.

Normally these sorts of brand deals can yield some pretty insane results. Such as the Louis Vuitton x League of Legends crossover with the £500 graphic t-shirt. It seems like Nintendo might actually have more sense than Riot Games though.

The Super Mario 35th Anniversary Collection is being made in collaboration with Uniqlo, a much more affordable brand.

If you’re into the idea of some top-tier Mario merch than you’re probably in luck. This upcoming collection with Uniqlo features some pretty classical Mario imagery. Not to mention some more minimal designs too.

There isn’t going to be a better way, outside of video games, to mark the Super Mario 35th Anniversary. Whether you’re into some straight game graphics or something with a bit more design put into it, you’ll find at least a cool shirt.

It’s sort of a shame that it is only shirts though. No other pieces, like jackets or bags, etc. Either way, it’s nice to see a decent collaboration for once. One that most gamers can actually afford without needing to remortgage their homes for instance. 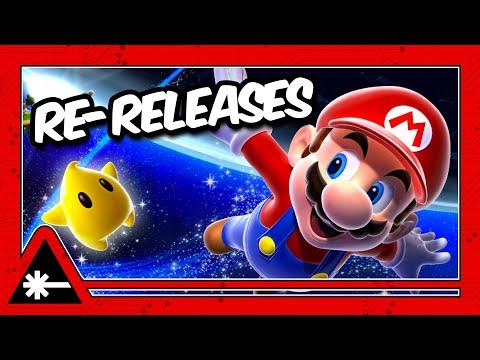 More Gaming Companies Need to Do These Sorts of Crossovers

The reason that the Super Mario 35th Anniversary collection is so refreshing is that we don’t see this sort of thing that often. Not the brand crossovers, we see that plenty. But crossovers that make sense are altogether a bit rarer these days for some reason.

When Square Enix or Riot Games partners with Louis Vuitton it just feels pretentious. Beyond those sorts of scumbags who go around bragging about the expense of their underpants, how much crossover is there between high-fashion and gaming?

Even if there is overlap, it can’t reasonably be that big of a market surely? I have to imagine that most gamers saw those insanely overpriced t-shirts and handbags and thought they were completely ridiculous.

Hopefully, this new Super Mario Collection will not get a similar response