The Dow Jones Industrial Average held relatively steady on Wednesday. According to Goldman Sachs, the US stock market recovery is unlikely to run into a recession anytime soon. If that’s the case, what’s holding back the Dow?

On Wednesday, the International Monetary Fund (IMF) slashed its outlook of the global economic growth rate from 3.5 to 3.3 percent, citing various factors including a decline in business confidence and the uncertainty in the U.S.-China trade talks.

Guggenheim Partners added to the bearish outlook by dropping the shocking claim that the chance of a recession occurring in the next two years doubled in 2019 despite the overall optimism in the equities market and the Dow Jones still near its all-time high.

If a recession is to occur in the next 24 months, the research team at Guggenheim Partners led by Chief Investment Officer Scott Minerd said that it could last longer than a conventional correction.

“The next recession will not be as severe as the last one, but it could be more prolonged than usual because policymakers at home and abroad have limited tools to fight the downturn,” the team said.

But, the decision of the Federal Reserve to hold rates steady until the end of 2019 alleviated most of the pressure on the U.S. market and the possibility of a recession in the medium-term.

Goldman Sachs analysts stated that the Fed’s dovish shift succeeded in decreasing downside risks. If the Fed remains patient, growth should continue throughout 2019, further reducing the risk of a full-fledged recession.

Suggesting that the risk of a recession over the next 12 months remains at around 10 percent, Goldman Sachs economists wrote:

“The Fed’s dovish shift was likely designed to decrease downside risks, and our findings suggest that this has largely worked as planned. As the lingering effects of the Q4 tightening gradually fade away, the Fed may eventually be willing to revisit the need for patience, as indicated in the January minutes.”

The economists added that U.S. growth momentum has improved considerably in recent months. 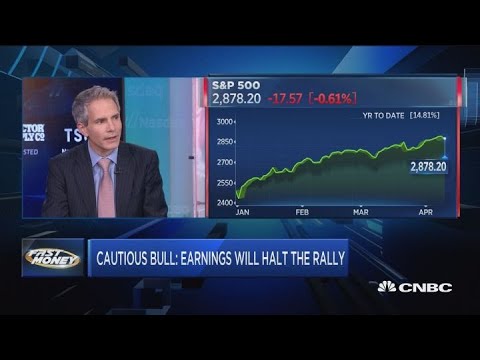 “Our analysis also suggests that downside risk will likely be contained in the near-term, barring another large tightening in the FCI. In addition to the reversal of much of the Q4 FCI tightening, US growth momentum has improved and global growth appears to be stabilizing,” the economists said.

If a Recession is Not Likely, What’s Holding Dow Back?

However, one prevailing concern is that stocks may be too expensive to be compelling for retail investors during a phase in which there are no clear stimuli to push equities prices even higher.

A comprehensive trade deal with the U.S. and China, which could also lead to an overall recovery in the eurozone, may act as a catalyst that pushes the Dow further in the medium-term.

For now, either strong earnings from big players or a catalyst like a trade deal that would drastically reduce geopolitical risks could be needed to move the U.S. equities market much further up from the current level.