The U.S. stock market desperately needs a lifeline, and strategists reveal that it could come from a surprising place. Australia. | Source: Shutterstock (i), REUTERS / Brendan McDermid (ii). Image Edited by CCN.com.

By CCN.com: The U.S. stock market struggled for much of the past month, sending the S&P 500, Dow Jones, and Nasdaq lower amid a rapidly-intensifying U.S.-China trade conflict.

However, a growing number of equity strategists expect the Federal Reserve to slash its benchmark interest rate, and the impetus for that policy shift could come from a surprising location: Australia.

On Tuesday, the Reserve Bank of Australia cut the country’s benchmark interest rate for the first time since 2016 to 1.25 percent, opening up the possibility of another drop in the medium term.

Philip Lowe, the governor of the central bank of Australia, cited weakening growth in international trade and the slowdown of the global economy as the key factors behind the bank’s decision.

“Growth in international trade remains weak and the increased uncertainty is affecting investment intentions in a number of countries,” Lowe said.

The move was a surprise since the Reserve Bank of Australia had not been keen on altering its policy stance, despite an increase in the country’s unemployment rate.

The Australian central bank’s pivot, along with mounting recession fears, could encourage the U.S. Federal Reserve to consider a rate cut as well.

As CCN.com reported on June 3, Chetan Ahya, the chief economist at Morgan Stanley, said that a recession could hit the U.S. in less than a year should the trade war extend throughout the long term, which would crash the global stock market, especially regions that are closely linked to either the U.S. or China. 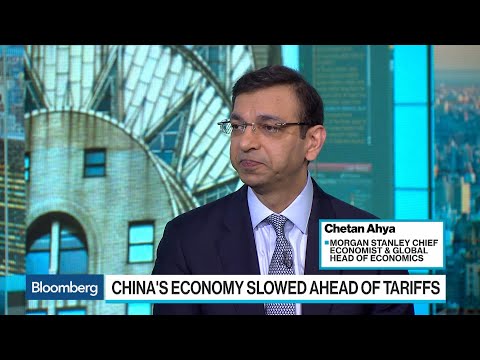 “Investors are generally of the view that the trade dispute could drag on for longer, but they appear to be overlooking its potential impact on the global macro outlook.”

Evenflow Macro policy analyst Marc Sumerlin suggested that the drop in yields of government bonds triggered investors rushing to acquire the U.S. Treasury note at a rapid pace, fearing uncertainty in the global economy. This indicates that the policy of the Fed is too tight relative to the macro landscape and the state of the stock market.

According to The Wall Street Journal, Sumerlin expects the Fed to cut the benchmark interest rate by July.

While the Federal Reserve remains patient amidst the increase in tension between the U.S. and China, St. Louis Fed President James Bullard has said that the “narrative on global trade has darkened,” adding that the “monetary policy looks too restrictive in this environment.”

In the past week, the dispute between the U.S. and China has come close to a boiling point, as China warned its citizens against traveling to the U.S. as it faces “repeated harassment.”

“Recently, US law enforcement agencies have repeatedly harassed Chinese nationals traveling to the US through border interrogations, drop-in visits and various other means,” China’s Ministry of Foreign Affairs on its official social media feed read.

China’s retaliation against the U.S. comes after reports have claimed the government is considering the restriction of rare earth metal exports to the United States. These materials are crucial in building devices such as smartphones and cancer treatment drugs.

It remains to be seen whether the mere anticipation of a Fed rate cut would provide the stock market with the breathing room investors are hoping for, but the rate decrease itself could give equities a much-needed lifeline.