The impending Donald Trump-Xi Jinping meeting in Japan promises to be the blockbuster event of the summer, at least so far as the stock market is concerned.

As equities teeter on the cliff’s edge, investors must grapple with multiple possible outcomes when the market opens on Monday. Both the bullish and bearish scenarios could be equally dramatic for the Dow Jones and S&P 500.

Here are five factors to consider as Trump and Xi gear up for their trade war parley. 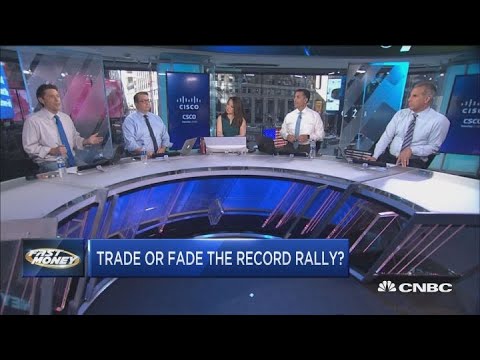 One of the most extraordinary things about Trump’s trade war saga with China has been investor desperation to buy stocks on any sign of progress. Any faint hope of thawing tensions has boosted the market, no matter how many times bulls have subsequently been disappointed.

This makes it hard to anticipate anything other than a stock market rally on any hint of progress. The underlying appetite to buy is still intact, and the Federal Reserve’s dovish pivot has provided the confidence for investors to pump the Dow beyond 26,000 again.

The Trump-Xi trade standoff, in turn, remains one of the Fed’s chief concerns, as Chair Jerome Powell is quite upbeat on the underlying foundations of the US economy.

If the conflict goes away, they could return to the moderately hawkish or “patient” outlook that they had before the most recent FOMC meeting.

A more hawkish outlook could provide a dampener on any rally in the stock market. A rapid strengthening in the dollar and a rise in Treasury yields could be possible on such a reversal.

Historically, it’s true that Fed confidence has been good for the stock market, so long term this could be bullish, but things could get a little wild in the near term.

3. Dow’s Technicals Could Struggle to Weather an Unexpected Escalation

If Trump chooses this moment to be a strongman, the Dow Jones could find itself in a very precarious position.

The rally in stocks has been dramatic over the last few weeks, and from a technical perspective, this could leave them exposed.

Add into this explosive mix the fact that the Dow is close to the top of its long-term monthly trading range, and the potential for longs to capitulate increases again.

In their Weekly FX report, analysts at Nordea anticipate that the trade war is going to heat up in Osaka, as proxy-conflicts worsen the relationship between Trump and Xi.

“Markets have become more, not less, optimistic ahead of the G20 summit after Trump’s tweet on the “extended meeting” with Xi. With i) Iran/US tensions at decade-highs, ii) a proxy US/China conflict boiling in Hong Kong and iii) the S&P 500 at all-time highs, we don’t find that the ‘Trump put’ is anywhere near current ATM-levels. We bet on an escalation of tensions in Osaka.”

When our Country had no debt and built everything from Highways to the Military with CASH, we had a big system of Tariffs. Now we allow other countries to steal our wealth, treasure, and jobs – But no more! The USA is doing great, with unlimited upside into the future!

Donald Trump is an odd mix of market friend and foe. He pursues the trade war, knowing it has held the stock market back, while also doing his best to provide corporate handouts to boost it. Ultimately it’s not hard to see what he wants.

Heading into the election cycle, Trump wants the market as high as possible as late as possible. If he can stare down Joe Biden in the final debates with the Dow Jones speeding above 30,000, he knows he will be even tougher to beat.

Therefore, it’s arguably in Trump’s interest to delay a resolution to the trade war – for now. This leaves him the opportunity to drop tariffs, declare victory, and unleash the stock market deep into his re-election bid.