After breaking new record territory last week, Timmer believes the S&P 500 and Dow Jones are in a bullish super-cycle. And they’re not overcooked yet. If he’s right, any downturns are just temporary corrections until the over-arching bull trend is broken.

“To me, the stock market continues to look, feel and act like a secular bull market, a bullish super-cycle with corrections that don’t reverse the upward march. If so, we could see additional strong gains for another 5 to 8 years….”

To me, the #stockmarket continues to look, feel and act like a secular bull market, a bullish super-cycle with corrections that don’t reverse the upward march. If so, we could see additional strong gains for another 5 to 8 years….. pic.twitter.com/LBk9VtFJa4

When Timmer refers to a secular bull market, he’s looking at the long-term picture. A secular bull run often includes major pullbacks (at least 10 percent) or even temporary bear periods. But it doesn’t violate the major upward trend.

It’s a bold prediction while many other analysts in the space are sounding the recession alarms. Having said that, Jeff Saut, market strategist at Capital Wealth Planning agrees we’re in a secular bull run. 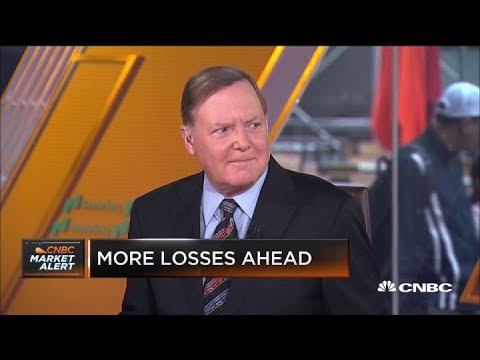 Timmer compares today’s market with two previous secular bull markets. The first between 1949 and 1968. The second from 1982 to 2000 which ended with the spectacular dot-com crash. Both stock market runs lasted almost two decades, despite multiple temporary reversals.

He does acknowledge that other indicators aren’t quite so optimistic. When he charts the cyclically adjusted price/earnings (CAPE) ratio, Timmer sees a more modest outcome:

“The CAPE model suggest only mid-single digits for the next 10 years.”

The Fed could “breath fresh air” into stock market

Timmer previously spoke to CNBC about the Federal Reserve’s role in stimulating the stock market. He’s sees the Fed’s move to cut rates as a way of keeping the party going. Comparing it to the Fed cuts in 1995, he explained:

“Those were basically cycle extenders. They breathed fresh air into an otherwise maturing bull market and things kept going.”

If history repeats itself, this maturing bull market could see a new jolt of energy from the rate cuts.

Timmer’s analysis chimes with optimistic predictions from Skybridge Capital’s Troy Gayeski. As CCN.com reported, he sees the Dow Jones hitting 30,000 as early as next year.

Like Timmer, Gayeski cites low interest rates and the strong US economy as catalysts to support the long-term bull market.

“Even though some of the headlines in the short term are negative, you can’t get too bearish based on the recent trajectory of China-US trade talks. You have to still focus on the strength of the domestic U.S. economy, which is rather robust.”