Stardew Valley is a great game. It’s already a better version of Harvest Moon than any of the actual games are. Add to that the fact that it was entirely developed by one person and it’s easy to see why so many people love this developer.

While it is nice to be loved, it does come with problems. ConcernedApe, or Eric Barone as he is also known, recently tweeted about some new games he’s working on. Both of which are connected to Stardew Valley, at least tangentially.

Obviously, this has caused a lot of hype already.

Stardew Valley Was Such a Huge Hit That Expectation Is Immense

When you release an indie game, you have no idea what’s going to happen. It could be lost in the deluge of indie games that come out on stores like Steam every day. Or, it could accidentally become a sleeper hit like Stardew Valley or Undertale.

Now it’s time for you to come and make another game. Presumably, you made your first indie game because you loved making games. It made you happy. Now, instead of just being able to make those games because it’s fun, you have the weight of your previous game’s success weighing down on you.

Indeed, it seems that the Stardew Valley developer is very aware of this. After tweeting about his new games, he followed up with some words of caution. He asked that people “don’t get too hyped”, and that he was making a game that came naturally to him, not one that was designed to get popular. 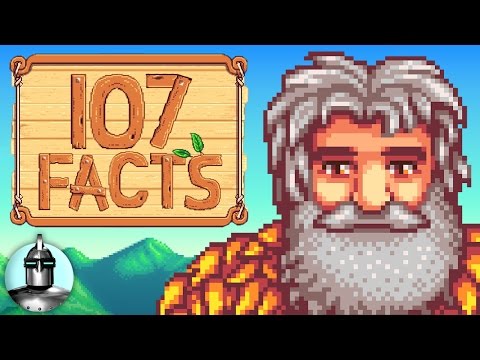 It Would Be Best to Lay off a Little

I can see why it’s so easy to get excited. Personally, I loved Stardew Valley, and I can’t wait to see what ConcernedApe comes out with next. But, I also find myself a little concerned for him.

You know when his next game comes out, it’s going to find itself compared to Stardew Valley. Even if the gameplay is completely different, being set in the same universe is going to lend itself to easy comparisons based on visuals or story elements.

As much fun as it is to speculate and get excited about the new game, it could be incredibly damaging to the developer considering how personal games made by small teams really are. For now, as excited as I want to be, I’d just rather that ConcernedApe was able to make another game that he had fun with.

In the end, that is what made Stardew Valley so great in the first place.