By CCN.com: Starbucks continues to crush it globally, delivering another quarter of strong earnings growth, on the backs on impressive same-store sales growth. Global comparable store sales increased 3%, driven by a 4% increase in domestic average ticket, and 2% in China/Asia Pacific. Starbucks’ stock raced to a new high as investors welcomed a stronger-than-expected earnings performance and solid guidance.

The fact that Starbucks same-store sales had 4% growth in the United States, even after all these years, is a miracle. Note that the increase came on the backs of pricing power alone, not increased foot traffic. That’s not a bad thing. It means that Starbucks has tremendous brand loyalty compared to others, and people are willing to pay 4% extra for their products, which translates into SBUX stock increasing over the long-term.

Grismer: Key drivers of Americas comp sales growth in the quarter were an improved in-store experience and a stronger beverage platform $SBUX

These increases come despite the fact that Starbucks now has a whopping 30,184 stores globally.

Mature companies like Starbucks that are able to deliver eye-opening earnings growth that is 13% higher over the previous year is nothing short of extraordinary. Most mature companies tend to become what legendary mutual fund manager Peter Lynch called “stalwarts.” We expect growth in the high single digits.

The fact that Starbucks is still delivering double-digit growth speaks to the outstanding core company concept.

That concept is not what most people believe it to be. The secret to Starbucks is not the quality of its coffee, tea, or food offerings. Some of them are remarkable, but most serious coffee drinkers will insist that Starbucks coffee is not very good.

The Starbucks concept, as envisioned by Howard Schultz, was to provide people with a place to meet between work and home – a place that happens to serve an addicting product. Prior to Starbucks, people had no default location to meet.

Since the creation of Starbucks, that default location now exists. Not only that, these locations exist globally, and are literally all over the place. SBUX stock performance proves the concept works.

If two people need to meet somewhere, the easiest thing is to simply say, “I’ll meet you at the Starbucks at the corner of this street and that street.”

That helps to explain why the Starbucks Rewards loyalty program grew to 16.8 million people domestically, an increase of 13% year-over-year. It also explains how the Americas were able to absorb another 686 new store openings, and why China saw a spectacular increase of 998 new stores.

Johnson: China delivered 3% comp sales growth for the quarter, up from 1% in Q1 and opened 553 net new stores over the last 12 months, representing a 17% annual growth rate $SBUX

The One Insidious Challenge

The one geographic area where SBUX is struggling is in Europe and the Middle East. Net revenues in that region fell 9% and the region experienced an operating loss of about $3 million.

The challenge for SBUX in the European zone is that Europe had a pre-existing coffee culture. Europeans love their coffee. European coffee is exceptional. Starbucks is always going to have an uphill battle over there. Italy, for example, only has one store. 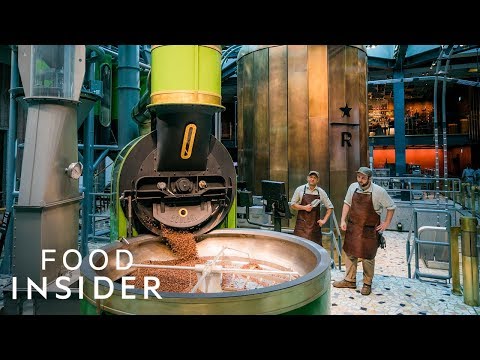