SoftBank was already having a bad year, due to its dealing with WeWork and WireCard. It is now about to get worse.

Masayoshi Son steps down from Alibaba’s board on June 25, on the same day Jack Ma leaves SoftBank’s board.

Son emphasized his departure from the board of Alibaba does not negatively affect the relationship between the two.

It’s not like we had a fight. This was perfectly amicable.

But, analysts believe the absence of Son’s presence on the Chinese e-commerce giant’s board is a “big loss.”

On May 18, SoftBank officially gave WeWork, the struggling coworking space provider, a valuation of $2.9 billion. Just 12 months ago, WeWork was worth $47 billion on paper.

Son admitted the investment was wrong. He reportedly said during an earnings call:

We made a failure on investing in WeWork, and I’ve been admitting that several times I was foolish.

Then, on June 23, The Financial Times reported that the plunge of Wirecard’s stock price caused SoftBank executives to lose hundreds of millions of dollars in profit.

According to FT, SoftBank indirectly invested Wirecard through a convertible bond. The deal, worth $1 billion, allowed Wirecard to pay the debt through its stock and not cash.

As the stock price of Wirecard crashed by more than 80%, SoftBank executives and other organizations involved in the deal reportedly recorded significant losses.

The joint board membership was a big positive for both companies because it gave them a way to benchmark their respective business models. Not having that board-level contact is a big loss.

In the near-term, SoftBank will have to see a resurgence to make up for its two poor deals.

For now, the investment company seems to be eyeing two main areas of growth: stock repurchase and investments in small companies.

What’s Next For SoftBank?

Minor investments in small startups will likely aid the recovery of SoftBank in a post-pandemic world.

SoftBank plans to make investments of over $150,000 to startups in its accelerator program in the near-term.

SoftBank previously said in March that it aims to sell $41 billion in assets to buy back its shares and expand cash reserves. The additional cash at hand would allow the company to invest in more early-stage startups.

The company freed $21 billion in cash after it sold 65% of its ownership in T-Mobile, amounting to 198 million shares. 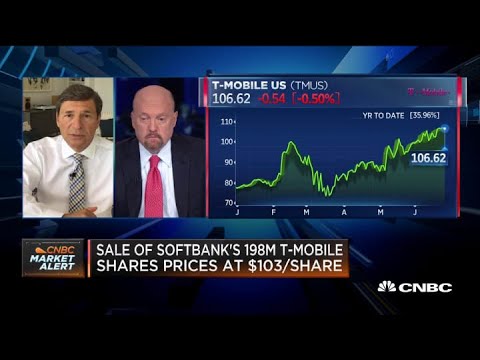 Over the next six months, SoftBank will likely focus on protecting its capital and leading the expansion of its own acceleration program.