Shareholders Want ‘Dictator’ Zuck Out as Chair, Facebook Defends Him

By CCN.com: Facebook shareholders want Mark Zuckerberg to step down as chairman, saying he runs the social media monopoly “essentially as a dictatorship.”

Investors also slammed the tech juggernaut for its barrage of data-breach scandals, which they say has eroded public trust in the social network.

A group of shareholders made the bombshell revelations in an April 12 SEC filing. The proposals were made in preparation for Facebook’s annual shareholders meeting, which is scheduled for May 30.

Board Shot Down All 8 Shareholder Proposals

Facebook unwittingly confirmed that it does indeed “operate essentially as a dictatorship” when it flatly rejected all eight shareholder proposals.

In their first proposal, shareholders called for Zuckerberg to be replaced by an independent chair. They claim that Zuckerberg — who has been chairman since 2012 — wields too much power over the company as its controlling shareholder, chairman, and CEO.

“His dual-class shareholdings give him approximately 60% of Facebook’s voting shares, leaving the board — even with a lead independent director — with only a limited ability to check Mr. Zuckerberg’s power…We believe this weakens Facebook’s governance and oversight of management.” 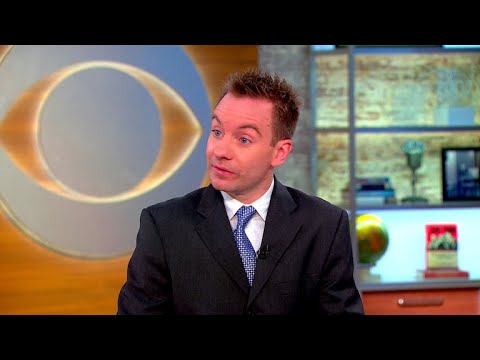 Board Rejected Similar Proposal In 2017

Facebook responded by vigorously defending Mark Zuckerberg and rejecting the shareholder proposal to oust him.

The board claims that the most effective leadership model involves Zuckerberg serving as both chairman and CEO.

“We do not believe that requiring the Chair to be independent will provide appreciably better direction and performance, and instead could cause inefficiency in board and management function and relations.”

The board also pointed out that it had rejected a similar shareholder proposal back in 2017.

The furious investors underscored that the scandals caused Facebook’s value to tank at record levels during various points in 2018.

Furthermore, the activist shareholders noted that public trust in Facebook has tumbled as a result of the company’s privacy lapses.

Accordingly, the board asked for Facebook to compile a “Content Governance Report” detailing what steps it’s taking to prevent future data breaches.

“Pew Research found 44% of young Americans have deleted the Facebook app from their phones in the past year, and 74% of users have either deleted the app, taken a break from checking the platform, or adjusted privacy settings.”

The board once again rejected the proposal. It insisted that Facebook is very transparent about its content policies and therefore, doesn’t need to justify them any further to its shareholders.

As CCN.com reported, Mark Zuckerberg has been under fire amid revelations that Facebook violated user privacy by selling their personal data to third parties for years — without their consent.

Facebook is accused of violating a 2011 consent decree under which it agreed to get user permission before sharing their data with third parties. Many users were outraged when they discovered that the social media monopoly had been secretly shilling their personal data without their permission.

Even Apple co-founder Steve Wozniak trashed Zuckerberg, saying he lost respect for the billionaire. This is notable because Wozniak has a reputation for being very easygoing.

“I lost a lot of respect for Mark Zuckerberg watching him speak, and supposedly taking some steps that are nothing. I don’t trust that.”

Samantha Chang
Samantha Chang is a New York City-based financial editor who writes about crypto and business at CCN. She is a law school grad and an alum of the University of Pennsylvania. You can reach her on Twitter at Samantha Chang or email her at schang121@juno.com.
Subscribe
0 Comments
Inline Feedbacks
View all comments
← PreviousNear Goldilocks Economy Gives Trump an Edge in 2020, Suggests Wall Street Firm
Next →Netflix Shares Drop After Wall Street Gets It Wrong

Boosie Badazz Shouldn’t Get his IG Back – Not For a Million Dollars
September 8, 2020 No Comments
PHNjcmlwdCBhc3luYyBzcmM9Imh0dHBzOi8vcGFnZWFkMi5nb29nbGVzeW5kaWNhdGlvbi5jb20vcGFnZWFkL2pzL2Fkc2J5Z29vZ2xlLmpzIj48L3NjcmlwdD4KPCEtLSBSZWNvbW1lbmRlZCBwb3N0cyBBZCBDQ04gLS0+CjxpbnMgY2xhc3M9ImFkc2J5Z29vZ2xlIgogICAgIHN0eWxlPSJkaXNwbGF5OmJsb2NrIgogICAgIGRhdGEtYWQtY2xpZW50PSJjYS1wdWItNjQ3MjA2OTY5MzY1NzE0MyIKICAgICBkYXRhLWFkLXNsb3Q9IjI3MzY1ODYyMzUiCiAgICAgZGF0YS1hZC1mb3JtYXQ9ImF1dG8iCiAgICAgZGF0YS1mdWxsLXdpZHRoLXJlc3BvbnNpdmU9InRydWUiPjwvaW5zPgo8c2NyaXB0PgogICAgIChhZHNieWdvb2dsZSA9IHdpbmRvdy5hZHNieWdvb2dsZSB8fCBbXSkucHVzaCh7fSk7Cjwvc2NyaXB0Pg==