By CCN.com: According to Business Korea, a mainstream media outlet in South Korea, Samsung Electronics is preparing the integration of crypto assets into Samsung Pay.

Samsung Pay reportedly accounts for around 80 percent of the market share of the simple payment market and the integration of crypto assets is expected to increase the mainstream adoption of the asset class.

“Samsung Electronics appears to be moving to integrate cryptocurrencies to Samsung Pay, which accounts for 80 percent of the South Korean simple payment market. The company has recently transferred the blockchain task force (TF) of the mobile business division to the service business division,” the report from Business Korea read.

What impact would a samsung pay integration bring to crypto?

In November 2018, The Korea Herald reported that Samsung Pay recorded a 58 percent increase in its user base year-over-year.

WiseApp, an industry tracker, found that Samsung Pay was the most widely utilized financial application in late 2018 with 10.4 million users. In 2017, the platform had about 6.6 million users.

10 million users represent about 20 percent of the entire population of South Korea and the platform also has many users overseas that utilize the application for its technology called magnetic secure transmission (MST), which enables users to transact at conventional point of sale (PoS) terminals by merely hovering over them. 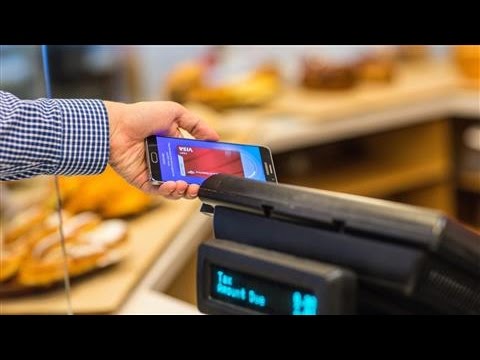 The acquisition of LoopPay at a valuation of $250 million allowed Samsung Pay to equip the newly developed technology and obtain an edge over Android Pay and Apple Pay.

The next strategy of Samsung Pay to secure a niche market to expand its existing user base seems to be the integration of crypto assets based on local reports.

In March, Donga, another mainstream media outlet in South Korea, reported that Samsung Pay is likely to integrate crypto next following the lead of Samsung Electronics.

The monthly report of Donga translated by CCN.com read:

At this phase of development, if a cryptocurrency wallet is added to Samsung Pay, the application will be strengthened as a complete fintech platform. Currently, the Samsung Blockchain Wallet is said to be supporting Ethereum but more cryptocurrencies are expected to be integrated in the near-term.

Under the leadership of Kim Yong-jae, the vice president of the service business division, Samsung’s blockchain task force has led various initiatives including the recent introduction of the Samsung Blockchain Wallet to increase the accessibility of cryptocurrencies.

With reports suggesting that Samsung is already exploring the possibility of launching a blockchain network with its own token on the Ethereum blockchain protocol, the electronics giant is expected to continue moving forward with its plans to target the rapidly growing sector.

Blockchain task force made several models and are evaluating [them]. There are already several platforms that are functioning after some internal tests.

For years, merchant adoption has been a key area of crypto that has lacked adoption and progress. The proactive approach of firms like AT&T and Samsung is expected to raise the growth rate of merchant adoption in the long-term.