By CCN.com: For cryptocurrency scammers, no grounds are too holy to scout for potential ‘investors’ as everyone, including churchgoers, is game.

Based on an intelligence report from the New Zealand Financial Intelligence Unit (NZFIU), the Central of Bank of Samoa (CBS) has accused two ‘large churches’ in the Asia Pacific (APAC) country of assisting in the proliferation of the OneCoin cryptocurrency scam.

Per the Samoan reserve bank, some of the ministers in the two churches have been acting as promoters of the scheme. A CBS statement said that even though the churches have Samoan origins, they have also expanded to other APAC countries. Here they target indigenous people of the Pacific Islands (Pasefika Community):

The target of OneCoin is through the Churches.  There are two large churches that were used in OneCoin operations. These two Churches, although originated in Samoa, have branches in New Zealand and Australia, thereby affecting the Pasefika community. This is why NZFIU have formulated the view that public education on the issue would be futile because the Church Ministers are the promoters, and they are held out to be trustworthy, hence, people of the congregation will follow suit.

An employee of Worship Center also revealed that representatives from OneCoin had pitched the Ponzi scheme to congregants saying ‘a lot of people in Samoa invested in it, not just the church members’, according to Radio New Zealand.

Besides churches, the Samoan central bank has also implicated the country’s Money Transfer Operators. Several individuals have also been implicated in the OneCoin scheme.

From Samoa to Uganda – OneLife Promoted in East Africa

This is not the first time that the OneCoin Ponzi scheme has been linked to churches. Last year in October, Crypto Xpose published a video showing the scam being promoted to OneLight Church members in Uganda. 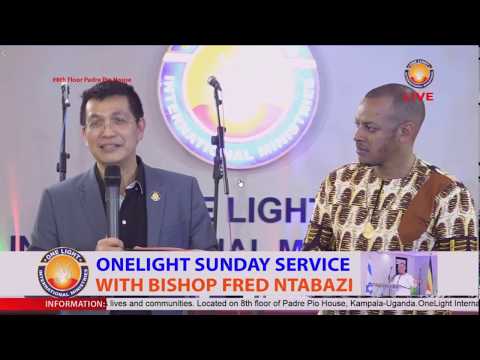 In the video, the OneCoin scheme is being marketed under the name OneLife. The promoter, Simon Lee, narrates how the lives of investors in the scheme have been turned around financially by OneCoin. Then, Lee put the number of OneLife investors at more than 3.5 million spread in 200 countries.

The allegations against the Samoan church ministers come a little over a month since U.S. authorities arrested OneCoin head. Konstantin Ignatov, OneCoin’s interim leader was nabbed in Los Angeles on wire fraud conspiracy charges on March 6. His hearing is scheduled for April 26.

Will share updates as and when they are released.#onecoin#ponzi#fraud #crypto #scam pic.twitter.com/bUAFWRc54t

His sister Ruja Ignatova, who was the original leader and founder of OneCoin, also had her indictment unsealed by United States Attorney for the Southern District of New York. Ignatova’s whereabouts are unknown currently.

What Makes OneCoin a Scam?

While OneCoin claims to be a cryptocurrency, evidence suggests otherwise. Four years after being launched in Bulgaria, it still can’t be freely transferred, sold or exchanged.

It also lacks a public blockchain over which transactions can be verified. The operators of the scam keep promising to getting it listed on exchanges though with no tangible progress being made. The most recent such promise was made in January.

OneCoin Announce To Being Listed On An Exchange Shortly https://t.co/iYWjK8QKjW