It’s not a marquee honor like MVP, so most NFL fans don’t give the Comeback Player of the Year award much thought. They assume that someone who got injured the year before and had an impressive recovery will win it.

But that is not necessarily the case—which is why Ryan Tannehill should win it this season.

The Broken Comeback Player of The Year Award

Suffering a grisly injury is the most common way for a player to be in a position to need to make a comeback. That’s why these players usually win the award. But by definition, an injury is not required—just adversity.

The Football Almanac defines it as an award going to:

the player in the National Football League (NFL) who shows perseverance in overcoming adversity, in the form of not being in the NFL the previous year, overcoming a severe injury, or simply poor performance.

Since injuries are the most common adversity players need to overcome, Jimmy Garoppolo was one of the leading candidates when the season began. Dark-horse candidates included Le’ Veon Bell (sat out a full year), Jason Witten (retired), and David Johnson (poor play).

If they fit the definition, Tannehill’s case certainly does as well.

The Case for Ryan Tannehill

When the Miami Dolphins traded Ryan Tannehill for draft picks after last season, the writing appeared to be on the wall for the former first-round pick. After failing to get the job done in Miami, the lowly Dolphins were casting him aside.

When a team as bad as Miami doesn’t think you have it, that says something.

He was a good quarterback in college and, at times, a reliable one for the Dolphins. But after starting his college career as a wide receiver, he just didn’t develop enough after making the jump to the NFL.

But he was good enough to warrant a roster spot as someone’s backup. 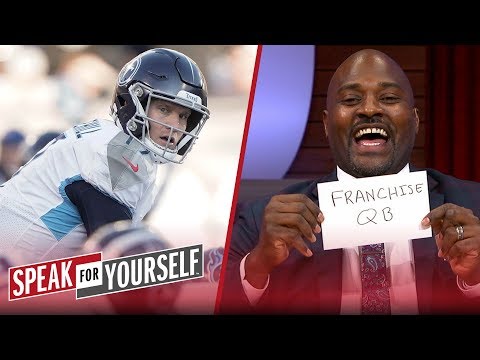 It was a stunning fall from grace, but making $2 million for sitting on the bench wasn’t a bad way to make a living.

Fast forward to the end of the regular season, and it is safe to say his future has changed—a lot.

When he became the starter in Week Seven, he took over a 2-4 team that was going nowhere fast. He went on to lead the team to a 7-3 record the rest of the way and into the playoffs.

During the regular season he ranked amongst the leaders in several statistics:

But Will He Win It?

Tannehill’s thrilling comeback may not be enough to spur the NFL to break from its boring conventions. Last year’s winner was Andrew Luck. Including him, eight of the previous ten had health-related issues to overcome.

But in 2013, Philip Rivers won after having a dreadful season in 2012. Michael Vick won in 2010. It was his second season since being released from prison and the first where he saw significant time as the starter.

So—can Tannehill win it? Absolutely, but it will depend on how much value the voters give Jimmy Garoppolo’s contribution to the success the 49ers have had.