Ryan Adams Found a Conscience – Should We Give Him Another Chance?

Ryan Adams claims he’s a changed man after abuse allegations, but should we be forced to give him another chance?
PHNjcmlwdCBhc3luYyBzcmM9Imh0dHBzOi8vcGFnZWFkMi5nb29nbGVzeW5kaWNhdGlvbi5jb20vcGFnZWFkL2pzL2Fkc2J5Z29vZ2xlLmpzIj48L3NjcmlwdD4KPCEtLSBUb3AgQXJ0aWNsZSBDQ04gLS0+CjxpbnMgY2xhc3M9ImFkc2J5Z29vZ2xlIgogICAgIHN0eWxlPSJkaXNwbGF5OmJsb2NrIgogICAgIGRhdGEtYWQtY2xpZW50PSJjYS1wdWItNjQ3MjA2OTY5MzY1NzE0MyIKICAgICBkYXRhLWFkLXNsb3Q9IjU4NDY0ODIyMjMiCiAgICAgZGF0YS1hZC1mb3JtYXQ9ImF1dG8iCiAgICAgZGF0YS1mdWxsLXdpZHRoLXJlc3BvbnNpdmU9InRydWUiPjwvaW5zPgo8c2NyaXB0PgogICAgIChhZHNieWdvb2dsZSA9IHdpbmRvdy5hZHNieWdvb2dsZSB8fCBbXSkucHVzaCh7fSk7Cjwvc2NyaXB0Pg==

If you were lucky enough to grow up in the MySpace era, it was the epitome of cool to have a Ryan Adams track as your profile music. That’s how we did it back then, with side fringes and boys with guitars.

It was a simpler time – unless you happened to be dating Ryan Adams.

Last year, several women, including the singer’s ex-wife Mandy Moore, came forward to say Ryan isn’t quite as romantic as his songs would have you believe.

According to Moore, Adams stunted her career beyond belief.

He allegedly refused to release songs they had penned together and told her she wasn’t “a real musician” because she didn’t play an instrument. 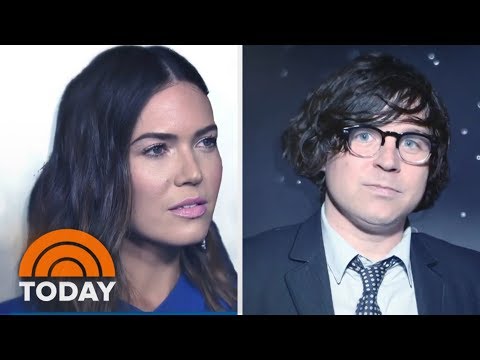 Moore isn’t the only Adams ex with a story to tell. Megan Butterworth, his former fiance, called him out for being both emotionally and physically “intimidating.”

At the time, Adams shrugged it off and said he’s not “perfect.” A year later, he’s come forward to apologize properly – or so he thinks.

Hearing heinous stories about over-privileged white men with a god complex and too many gongs to their name isn’t exactly unexpected in this day and age.

While many avoid giving an apology and deny, deny, deny, Adams has waited 12 months and released a very lengthy, “I’m sorry.”

This time, he chose the Daily Mail as his forum:

There are no words to express how bad I feel about the ways I’ve mistreated people throughout my life and career. All I can say is that I’m sorry. It’s that simple. This period of isolation and reflection made me realize that I need to make significant changes in my life… To a lot of people this will just seem like the same empty bull***t apology that I’ve always used when I was called out, and all I can say is, this time it is different.

Has Ryan Adams had a spiritual awakening during the pandemic, or is he just realizing that he’s a 45-year-old aging emo icon with a “problematic” past and an inevitable #MeToo reckoning?

On the flip side, Ryan has admitted that he’s trying to get sober and is attempting to “internalize the importance of self-care and self-work.”

Is the thought he’s a changed man that far-fetched?

How the Mighty Have Fallen

The short answer is yes.

Back in the late ’90s and early ’00s, Adams could have his pick of women. Alongside his six-year marriage to Mandy Moore, he had liaisons with some impressive names, from Alanis Morissette to Parker Posey and even Lindsay Lohan.

In 2020, he’s stuck on the scrapheap with all the other skinny-jean wearing remnants of bad boyfriends past.

Adams can issue all the apologies he wants. Unfortunately, there’s one recurring theme in his egomaniacal letter that may betray his true intentions.

It’s less about the women he mistreated and more about using fancy words to propel forward the same narrative that many a lovestruck music fan fell for circa 2006. He’s a broken, bruised, and desperate man that needs to be fixed.

Kate Prince
Kate Prince is an established lifestyle and entertainment writer from Oxfordshire, England. Kate is a scriptwriter for multiple YouTube channels and writes freelance full-time for a variety of great brands including Buzznet, Investing, CCN, and more. You can contact Kate via her website or alternatively email her at kateprincewriter@gmail.com. You can also follow her on Twitter, reach her on LinkedIn or check her out on Muck Rack.
Subscribe
0 Comments
Inline Feedbacks
View all comments

It’s About Time Kate Middleton Is Seen In Her True Light
34 Comments
← PreviousParis Jackson’s Lesbian Jesus Sparks Outrage – But What’s the Big Deal?
Next →A Kanye West White House Would Have Insane Levels of ‘Dragon Energy’

Lindsay Lohan’s ‘Back to Me’ Proves One Thing: She’s Still Insane
April 3, 2020 No Comments

Lindsay Lohan Checkmates the World in Pandemic to Declare ‘I’m Back!’
April 1, 2020 No Comments
PHNjcmlwdCBhc3luYyBzcmM9Imh0dHBzOi8vcGFnZWFkMi5nb29nbGVzeW5kaWNhdGlvbi5jb20vcGFnZWFkL2pzL2Fkc2J5Z29vZ2xlLmpzIj48L3NjcmlwdD4KPCEtLSBSZWNvbW1lbmRlZCBwb3N0cyBBZCBDQ04gLS0+CjxpbnMgY2xhc3M9ImFkc2J5Z29vZ2xlIgogICAgIHN0eWxlPSJkaXNwbGF5OmJsb2NrIgogICAgIGRhdGEtYWQtY2xpZW50PSJjYS1wdWItNjQ3MjA2OTY5MzY1NzE0MyIKICAgICBkYXRhLWFkLXNsb3Q9IjI3MzY1ODYyMzUiCiAgICAgZGF0YS1hZC1mb3JtYXQ9ImF1dG8iCiAgICAgZGF0YS1mdWxsLXdpZHRoLXJlc3BvbnNpdmU9InRydWUiPjwvaW5zPgo8c2NyaXB0PgogICAgIChhZHNieWdvb2dsZSA9IHdpbmRvdy5hZHNieWdvb2dsZSB8fCBbXSkucHVzaCh7fSk7Cjwvc2NyaXB0Pg==