Ron Jeremy has been bringing his work home with him.

There are, however, a handful of celebrities accused of sexual misconduct that you may have forgotten about.

Ron Jeremy Is Charged With Rape

Ron Jeremy, perhaps the most famous adult film star in history, might be out of work forever.

According to the Los Angeles County District Attorney, the 67-year-old is facing three charges of forcible rape. He’s also facing one count each of forcible oral copulation and sexual battery. If convicted, he faces up to 90 years in prison.

While this is news, it’s not new.

Jeremy’s charges stem back to at least six years ago. Then, in 2016, he was investigated for a nightclub rape. That case was dropped due to “insufficient evidence.”

At least two more incidents occurred since then, and the evidence was no longer “insufficient.”

But Ron Jeremy is not the only ‘celebrity’ to face accusations.

5 Celebrities That Have Yet to Face the Music

It’s been a busy few weeks for toxic men and the ensuing cancel tribe. Comedian Chris D’Elia is cooked. His friend Jeff Ross is facing accusations. Justin Bieber was accused of sexual assault. Danny Masterson is finally seeing his day in court. Even Jimmy Kimmel is being forced to look at his ugly past.

But there’s no shortage of men who have been accused of misconduct, and forgotten about. Here are five such men who could soon meet their comeuppance.

The ‘Graduate’ has a history of questionable sexual behavior off the screen as well. He’s been accused of groping women on set, sexual harassment, and sexual assault. 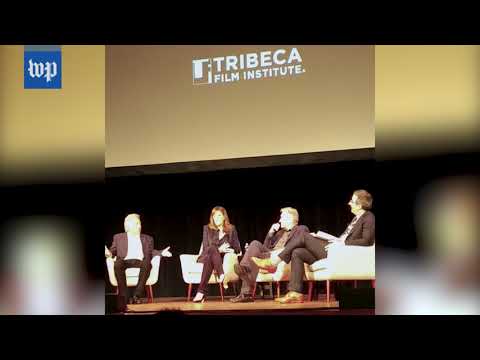 Let’s take a moment to state that none of the people on this list are facing charges. They’re only facing allegations. I say this because it would be heartbreaking if the Jamie Foxx allegations were true. Nonetheless, he’s been accused.

In 2002, Foxx allegedly slapped a woman in the face with his genitals after she refused to give him oral sex. Foxx has ’emphatically denied’ the claim.

In 2017, a police report surfaced that Stallone and his bodyguard allegedly intimidated a 16-year-old girl into having sex with them. That incident reportedly took place in 1986.

However, witnesses for the alleged victim did not corroborate her account, and charges were never filed.

This case is about as surprising as the Ron Jeremy fallout. Three different women – from actresses to Playboy playmates – have accused Jeremy Piven of sexual assault.

Piven, who played a highly convincing scumbag in “Entourage,” is still actively pursuing a career in stand-up comedy. And his act is about as funny as his allegations.

Who says women can’t be abusive? Just ask Johnny Depp about Amber Heard. Or you could ask Timothy Heller about Melanie Martinez.

In 2017, Heller accused Martinez of rape and sexual assault. Martinez denied the claim and still enjoys a large following on social media.

The list could go on and on. From Bill Clinton to Morgan Freeman, people with power seemingly love to abuse it. Charging Ron Jeremy is a step in the right direction, but we have a long way to go.