As much as you may love the Rolling Stones, you shouldn’t follow their investment advice. Let’s put it clearly: You shouldn’t be relying on annuities to shelter you when you wake up and realize that there’s an old person staring back at you in the mirror. Why’s that? Because annuities are terrible investments that make sense for hardly anyone.

Unless you have an extremely low risk tolerance and you expect to live to 100 years old, annuities are a bad idea – no matter what Mick Jagger tells you. Here’s why.

In theory, annuities are a sensible idea. The Alliance for Lifetime Income – the industry group sponsoring The Rolling Stones’ current tour – makes a decent pitch:

Can't wait to kick off the @rollingstones #StonesNoFilter tour in just a few hours! Chicago fans, make sure to stop by our truck for a can't-miss experience before the concert. pic.twitter.com/tDhTn12QZG

They claim that older folks can “retire [their] risk” by buying annuities. In return for a lump sum, the annuity owner gets a stream of dependable income up until they die. Often annuities come with some upside to payments adjusted for inflation, stock market gains, or other metrics. However, should the stock market crater, the annuity will keep paying its guaranteed benefits.

That Fails in Practice

So what’s wrong with annuities? Many things. For one thing, most folks already have a robust annuity: Social Security.

Unless you are an employee of a foreign government or one of the few other groups exempt from Social Security taxes, you’ve already paid into an annuity for decades before you retire.

While Social Security has its flaws, the system has provided a reliable income source for retirees for 80 years. Unlike annuities, Social Security is not-for-profit, and as such, isn’t hawked by celebrities to try to bring in fat fees for risky banks. Annuities, on the other hand, often pay 7% or more of your money straight to the salesperson when they sell you a policy. In 2019, that sort of fee is simply ridiculous.

The Alliance for Lifetime Income is an industry group with such proud backers as AIG and Goldman Sachs. Your Social Security never faced any wipeout risk in the 2008 financial crisis and stock market crash. But if you held an AIG annuity during the financial crisis, you could have lost everything if Congress had chosen not to bail the failed firm out. Yet annuity firms denigrate Social Security to get more of your money:

Annuity peddlers push the idea that Social Security is unreliable. There’s certainly some risk there in the future, but it pales in comparison to relying on banks and insurance companies to keep their promises for decades to come. 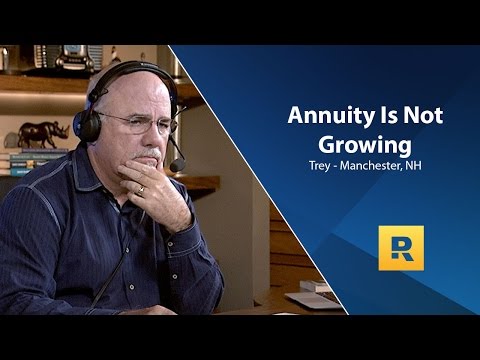 For most folks that work throughout their adult lives, they will already receive a decent monthly sum from Social Security. With that fixed income in place, you can diversify your retirement holdings with more profitable options.

Here’s an example. An annuity might pay 8% of your original principal back to you every year that you remain alive. That may sound attractive at first glance; if you live 25 years more, you get back 200% of your original investment. Annuity pushers – including paid celebrities like the Rolling Stones – tout the idea of security to blind you to the fact that the returns are abysmal.

If you merely double your money over 25 years, that’s an annual return of just 3%. And if you get hit by a car the day after you buy your annuity, your family gets nothing.