By CCN.com: Ripple has announced the launch of operations in Brazil as it prepares to capture a slice of the country’s lucrative remittances market and the South American region as a whole. The enterprise blockchain solutions firm indicated that it made the decision in ‘response to high customer demand in South America’.

Ripple’s South American operations will be led by Luiz Antonio Sacco, a veteran in the financial technology space.

We are growing rapidly and excited to help customers address the challenges of cross-border payments in Brazil and across South America. https://t.co/RAbi791snr pic.twitter.com/eAruvHa4Li

Among the problems that Ripple has set out to address include the fragmentation and unreliability of the current payment structure. According to Ripple, this has made cross-border payments ‘slow, inefficient and costly for banks and businesses’.

Ripple’s operations in Brazil will not be starting from scratch, however. The enterprise blockchain solutions provider has already onboarded several money transfer firms and financial institutions onto RippleNet. This includes banks such as Banco Rendimento and Santander Brazil. On average Ripple says that at least two financial institutions are added to RippleNet every week.

Though Brazil is not the largest remittance market in South America (Ecuador, Peru and Colombia are ahead, according to the World Bank), its remittance inflows are estimated to be worth more than $2 billion.

Brazil’s inbound remittances are growing with March 2019 having recorded $286 million in inflows. This was the highest monthly remittance inflow in ten years.

As for remittance outflows, Brazil is estimated to have nearly 1 percent of its population being foreign. Some the foreigners in Brazil are expatriates making them a ripe market for cross-border payments services.

With the economically-ravaged Venezuela being Brazil’s neighbor to the north, a huge number of Venezuelans have sought economic opportunities in Latin America’s largest economy. They thus form a significant target market for remittance services. Since 2017, the United Nations High Commissioner for Refugees estimates that Brazil has received over 200,000 Venezuelans. 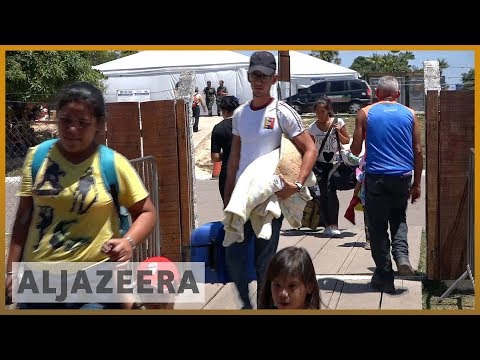 Ripple’s expansion comes at a time when competition in the global money transfer market is heightening. Bitcoin bull Max Keiser has already warned that Facebook’s planned GlobalCoin is a threat to Ripple’s existence.

An initiative by financial services firm Visa to enter the cross-border, business-to-business payments scene using blockchain technology has also been interpreted as a negative for Ripple.

This can't be good for Ripple.https://t.co/K7AJ6Fn1SH