PlayStation has made some pretty amazing handhelds over the years. While they don’t necessarily sell all that well, the PSP and PSVita both have cult followings. Their fanbases may be small, but they’re fiercely loyal to the systems. It’s not difficult to see why, with their powerful-for-the-time specs and homebrew potential.

It looks like we’ve hit the end of an era. Sony will not be making another handheld, according to Sony Interactive Entertainment CEO Jim Ryan. Anyone holding out hope for a follow-up to the Vita is going to be very disappointed. And so, we celebrate the lives of two of gaming’s greatest handheld consoles, and the non-existent future of the line. 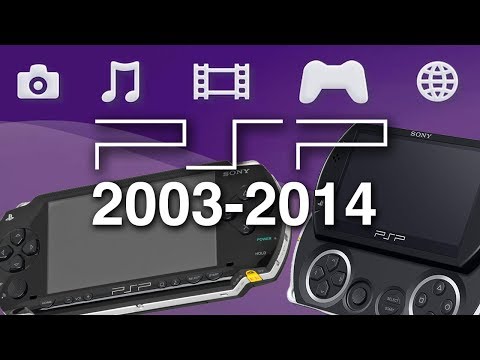 Why the PSP and PlayStation Vita Were Great

Sony’s first handheld was the PSP, released back in 2005. It combined some pretty impressive portable graphics with the ability to watch movies and TV shows on the go. On top of that, it didn’t take long for hackers to crack the security of the device, leading to homebrew games and software for days.

The follow-up to the PSP was the PlayStation Vita, released in 2011. Once again, it boasted some impressive specs for the time, such as built-in cameras and two touchscreens. Homebrew was also brought to the device quickly, although not as quickly as the PSP.

Both of these consoles had game libraries that stretched into the thousands, and both libraries featured absolute classics that you couldn’t get anywhere else. The community around them is so loyal that they also kept unofficial support going long after official support was stopped.

While many folks love Sony’s handheld consoles, they didn’t necessarily sell all that well. The PSP sold barely half of what the Nintendo DS sold, and the Vita didn’t even pull of Sega Game Gear numbers. As great as they were, there are some pretty obvious reasons behind the lack of sales.

The PSP was much more expansive than the Nintendo DS, its main competitor. On top of that, using it required the purchasing of a proprietary memory card, which inflated the cost. The PSVita basically had the same issues. High cost plus proprietary storage. In many ways, it was worse for the Vita because by the time it came out digital games were more common.

It was a sad day when Sony made the decision to drop support for both consoles, and an even sadder day to learn that we’ll never get another Sony handheld. With shifts in mobile gaming, it may be that we stop seeing gaming exclusive handhelds all together. We’ll always have Ultimate Ghosts n’ Goblins.