Doom Eternal has its problems. The soundtrack has been messed with, and they’ve added some terrible anti-cheat software. But that doesn’t mean you should review bomb it.

Don’t get me wrong. Bethesda deserves the hate after the numerous anti-consumer acts they’ve pulled. But review bombing just isn’t worth doing,

mainly because it doesn’t seem to affect game sales at all.

Doom Eternal Isn’t Going to Be Affected by Review Bombing

No matter how annoyed you are with Doom Eternal, review bombing is a pointless exercise. Time and time again, review bombing has been shown to have no tangible effect on sales. In fact, due to The Streisand Effect, it might even boost sales.

In many ways, though, hurting sales isn’t really the point. I expect that most people who review bomb a game are doing so to vent their frustrations. It’s not like players have any other outlet besides shouting into the void of social media.

Honestly, the best thing that annoyed players can do is stop playing Doom Eternal. If Bethesda notices a massive drop in players, they’re much more likely to realize that a big mistake was made in the game’s development. Not to mention they might actually fix it–though I wouldn’t hold your breath. 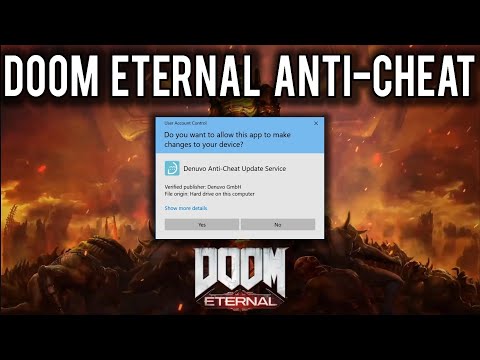 We’ve Already Let Companies Get Away With Too Much

The fight against Doom Eternal is futile. We’ve already let big game companies get away with too much. They’ve pushed anti-consumer moves hard and have gotten away with it. They continue to make an insane amount of cash.

We know review bombing isn’t going to do anything. Voting with your wallet won’t do anything, either, mainly because not enough people do it. It’s disheartening to think about the number of times companies have pulled these tricks and come out on top.

At the end of the day, Doom Eternal is just another game for the pile. Another experience potentially ruined by pointless rubbish tacked on by terrible publishers. It almost makes you want to turn your back on the gaming industry.