By CCN.com: Since Friday’s opening bell, the Dow Jones has dropped by more than 1.2 percent to 24,862 as U.S. President Donald Trump vowed to impose tariffs on Mexican goods.

Still, according to Morgan Stanley CEO James Gorman, a strong U.S. economy should save the Dow and wider stock market from collapse, even as Trump’s trade conflicts continue to intensify.

Despite the rising tension between the U.S. and key trading partners, Morgan Stanley CEO James Gorman cited the strong position of the U.S. economy and hopes on the resumption of trade talks as major factors to support the lack of likelihood of an equities market crash.

“The probabilistic risk is the equity markets have more downside than upside. The magnitude is not so big. I don’t think we’re looking at a collapse,” said Gorman, adding, “I wouldn’t encourage people to move one way or the other. There’s too much uncertainty. There’s nothing to be gained from trying to be clever at this point.

Gorman’s optimism stands in stark contrast to the chilly mood on most of Wall Street.

How a US-Mexico Trade War Would Impact the Dow

From June 10, the U.S. is expected to impose a five percent tariff on Mexican goods, even as the fate of the United States-Mexico-Canada Agreement hangs in the balance.

“In order not to pay Tariffs, if they start rising, companies will leave Mexico, which has taken 30% of our Auto Industry, and come back home to the USA. Mexico must take back their country from the drug lords and cartels. The Tariff is about stopping drugs as well as illegals!” President Trump said.

Ed Mills, Raymond James public policy analyst, said that the sudden change in the attitude of President Trump towards a key trading partner in Mexico could complicate negotiations with China.

“We view this action as further deteriorating the U.S.-China trade fight. Chinese officials have stated their concern about the reliability of President Trump as a trading partner. These tariffs were announced the same day as significant advancement of the USMCA. If China does not believe a deal will stick, why negotiate?”

In February, reports indicated that Chinese negotiators prioritized the enforcement mechanism of the trade deal to ensure that both parties follow the contract when established, and the agreement on enforcement was considered significant progress in the discussion.

“We have to have the ability to take proportional action unilaterally to make sure that we have a situation where [China is] following the contract,” U.S. Trade Representative Robert Lighthizer said earlier this year. 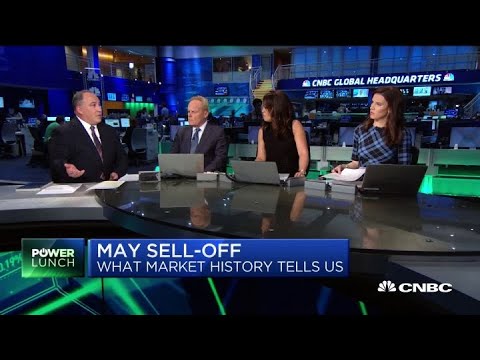 Strategists fear that China could potentially envision a similar situation like the recent fallout between Mexico and the U.S., making Beijing more reluctant to sign a full accord. That could further worsen the near-term prospects of the Dow.

Hu Xijin, editor-in-chief of Chinese and English editions of the Global Times, who has consistently said that the U.S. and China are unlikely to reach a deal until both sides are exhausted from the ongoing trade war, criticized the use of tariffs by the Trump administration.

Tariffs can not only block cheap products, but also curb illegal immigration! White House is so imaginative in using tariffs. Some day, the White House will be named “tariff museum” by history. https://t.co/b9u0Ju96Dr

Xijin added that based on local reports, China does not intend to wait on the sidelines. He expects it to begin enforcing retaliative measures against the U.S. for its crackdown on Huawei.

“Based on what I know, China will take major retaliative measures against the US placing Huawei and other Chinese companies on Entity List. This move indicates Beijing will not wait passively and more countermeasures will follow,” Xijin added.