Reddit co-founder, Alexis Ohanian, will be live-streaming a face-off match between himself and the lead developer of the latest collectible card game to hit the blockchain, SkyWeaver.

Ohanian, also known as kn0thing to Redditors, has famously invested in numerous successful startups. He is now playing his hand in the crypto space thanks to his latest investment. Horizon Blockchain Games last month received $3.75 million in seed funding from Ohanian and other investors. 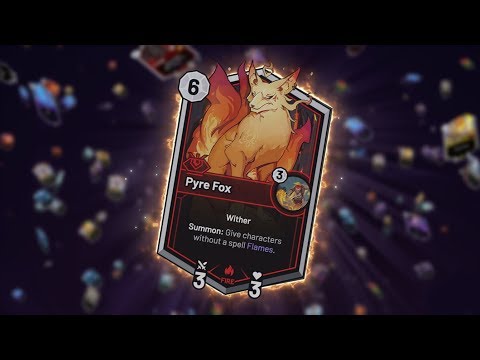 SkyWeaver is an Ethereum-based title that hopes to take on the kingpin of all digital card games, Hearthstone. In its five year foray, Hearthstone has attracted more than 100 million players to its franchise and it’s this drawcard, so to speak, that the Reddit co-founder is banking on.

So What’s SkyWeaver’s Value Proposition Then?

That’s a good question and one that basically all boils down to asset ownership. In Hearthstone and other digital equivalents, cards are not freely transferrable. If, as a player, you move on to other gaming pastures, your years of hard work collecting prized fighters will mean jack.

You can’t sell them, you can’t take them with you, and you certainly can’t give them to anyone else – unless they take control of your account, of course. This limitation has been the bane of many online card collectible players who’ve put in the time only to see very little in the way of monetary reward.

Then there’s the problem that experienced players face by frequently unlocking duplicate cards. The result is a frustrated fanbase with limited or zero exchange options. As one Horizon employee puts it:

“With Skyweaver using Ethereum, it means you can send your cards to your friends, trade them with other players on our platform, trade them on another website, buy/sell them on Reddit, burn them, lend them to people that want to play with your cards while you are on vacation, etc. Basically, we can’t prevent you from doing whatever you want with these cards, just like physical cards.”

Last month, Hearthstone fans ripped into developer Blizzard for censoring the game’s long-standing art by dumbing down certain violent and sexual aspects of the cards. Could blockchain’s immutability preserve the evolution of a game’s art? It’s possible.

What’s clear is the potential value of rare digital card collection. Ten years from now, hardcore SkyWeaver players may have built up an impressive set that could pocket them some serious change.

SkyWeaver is currently still in private beta and is expected to launch later this year. In the meantime, Horizon is inviting new players to try out the game every week thanks to a random selection process for registered players.

The game is free to play, and players will be able to build decks for free up to a point. Additional cards can be bought or traded with other players or from Horizon itself.

The showmatch with Jon Loucks was initially scheduled for go-live on Aug. 8 but has since been postponed. Ohanian is the clear underdog here but will probably be more interested in evaluating his massive investment before anything else.

You can subscribe to the SkyWeaver Twitch channel now to be notified when we're live: https://t.co/hz1E7Br0V2 pic.twitter.com/dl78Rg0Ehq

As for the playability, some Redditors have already claimed that the game is superior to its competitors. That’s a bold statement and one that will only be proven with time.