Rebekah Vardy has upped the ante in the latest installment of War of the Wags. Vardy, who is married to footballer Jamie Vardy, was once good friends with her arch-nemesis, Coleen Rooney. Then, in a surprise attack on social media last year, Wayne Rooney’s longtime love publicly accused Vardy of leaking stories to the press about her personal life.

Rebekah has always denied the accusations and sought an apology from Coleen to clear her name. Alas, she’ll be waiting a long time before she gets a sorry from Rooney. 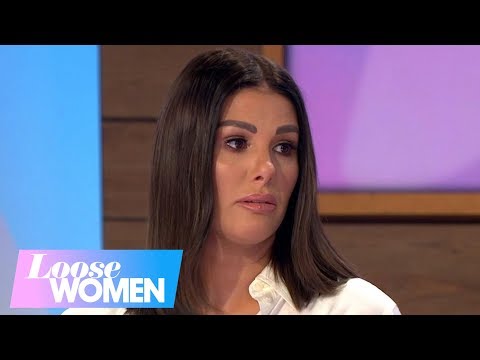 In an attempt to make Rooney confess to false allegations, Rebekah has gone one step further and filed a lawsuit for libel and slander.

Sadly, this is what happens when you pull two girls of questionable class and give them more money than they can handle. In this case, things are worse because these aren’t two learned ladies. They’re mentally unable to graduate high school.

Rebekah Vardy and Coleen Need to Grow Up

While Rebekah Vardy claims that trolls brutally harassed her as a result of Coleen’s accusations, this drama is inconsequential. The fact that Coleen planted stories and only leaked them to a certain amount of people to try and find the rat speaks volumes about her vanity. Her statement said it all.

There has been so much information given to them about me, my friends, and my family – all without my permission or knowledge. After a long time of trying to figure out who it could be, for various reasons, I had a suspicion. To try and prove this, I came up with an idea, I blocked everyone from viewing Instagram except ONE account…I have saved and screenshotted all the original stories which clearly show just one person has viewed them. It’s Rebekah Vardy’s account.

She isn’t a politician. She isn’t a high-flying member of a board of directors, carefully guarding the key to success. She’s a girl from Liverpool with a football player husband worried about unflattering snaps of her reaching the papers.

Rooney ought to be less worried about what the world sees because no one wants to see it. It might be hard for her to believe, but she’s just another girl with rollers in hair and an overpaid, balding husband that once had a great kick.

Vardy needs to woman up, sever ties with Rooney, and forget about her sullied “good name.” It wasn’t that good to begin with.

However, racking up a massive bill on your husband’s credit card has a shelf life when it comes to entertainment. Instead, it’s off to the courts for a libel lawsuit.

When Rebekah spoke about the harrowing tale, she said she had been hospitalized three times over the incident. According to her, she became so anxious that it got on top of her physically. Mental health is a serious issue, but is filing a lawsuit for a million pounds the right way to deal with it?

Vardy says that it isn’t about the money. It’s about setting the record straight. But, is it just an excuse to buy a new outfit and take Coleen Rooney down a peg?

Who will fight the dirtiest in this playground spat? Will Rooney win the title in Battle of the Brainless, or will they both share the title of unashamed media manipulators desperate to stay relevant? I know what I’d put my money on.

Kate Prince is an established lifestyle and entertainment writer from Oxfordshire, England. Kate is a scriptwriter for multiple YouTube channels and writes freelance full-time for a variety of great brands including Buzznet, Investing, CCN, and more. You can contact Kate via email at kateprincewriter@gmail.com. You can also follow her on Twitter or reach her on LinkedIn.