Jenny McCarthy is not worried about her husband, Donnie Wahlberg, cheating.

The Masked Singer Zoomed with Ryan Seacrest today and lept headfirst into details about her six-year marriage. Check out the video below: 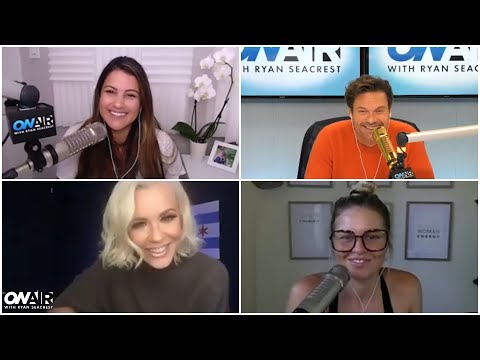 Jenny McCarthy Is Not Worried

Cheating is something every couple probably worries about in some corner of their minds. But not Jenny McCarthy.

She doesn’t seem to have a worry in the world. She’s so confident in her partnership with Donnie Wahlberg that she claims she’s never even looked at his phone.

You know what else is good? If you’ve never ever even been tempted to look at your partner’s phone. Ever. Never once. Never even [have I peered over] when I’m sitting next to him.

She continued to gush about where she’s at with it:

Thats how you know and that’s how you also know you have spiritually grown because you also feel if he’s doing anything wrong, that’s his loss because I’m awesome.

But what Jenny leaves out is the real reason she’s so confident.

Donnie Wahlberg Is the One Who Should Be Worried

Of course Jenny McCarthy isn’t worried about her husband’s infidelity. She’s the one who would be doing the cheating.

That’s when she told Entertainment Tonight that her husband better be with her when the clock strikes midnight on New Year’s Eve, or else.

Donnie learned if he’s not there, I will make out with strangers, so you can be sure that my husband will be there at midnight kissing these lips.

The former New Kids on the Block singer has even confirmed that he can’t let her out of his sight:

I can’t even let her go to the bathroom without me. It’s very bizarre and awesome.

Wow, that sounds really awesome, Don. When apart, the couple even falls asleep together on FaceTime.

One of you is so unfazed by the potential of infidelity that she won’t even glance at your phone, and the other can’t let her go to the bathroom alone.

It’s not exactly what I would call a ‘balanced’ relationship. But if Donnie Wahlberg is okay with it, I guess that’s what makes this relationship work.