Almost immediately after announcing the deal, most of the American royal watchers had nothing but good things to say about the Duke and Duchess of Sussex. The same, however, can not be said for their British counterparts, who couldn’t wait to run to the computer and type page after page of venom-filled diatribes against Markle. They claim she’s a social-climbing, gold-digging, royal-family-hating Black Widow.

Nothing could be further from the truth. But that hasn’t stopped the anti-Meghan Markle vitriol from pouring out.

Leading the charge of hatred against Meghan Markle is none other than Piers Morgan, who still can’t get over the fact that he got “ghosted” by the Duchess five years ago. For this apparently treasonous transgression, and when combined with his frothing rage about Markle getting a deal while his show got canceled, Morgan wrote a column that presented itself as funny, but was disturbing and borderline-obsessive.

Naturally, Morgan’s column brought out the spittle-riddled comments against Meghan Markle from the delicate and refined English roses on the other side of the Atlantic.

And these are just the more polite ones.

Yet not one of these delicate and refined English roses has had a negative word to say about other royals more deserving of this vitriol (like, say, Prince Andrew).

Prince Harry Was Never Going To Marry You

More than a little bit of this hatred directed at Meghan Markle — especially from British women — seems to derive from the fact that Prince Harry chose her instead of one of them. But someone should have told dear old Penelope Brumsgrove that Prince Harry was never going to marry her, bless her heart.

Others direct vitriol at Meghan Markle because she lives in a mansion and spends money on clothes — in other words, she lives like a member of a royal family. Wow, the nerve. What were they expecting? Did they want her to wear tattered rags and confine herself to the scullery maid quarters? Or is luxury only reserved for the white Duchess and not the Black Duchess?

And finally, some people are mad that Meghan Markle married a minor royal — that she had to be a “social-climbing gold-digger,” and that’s the only reason she was able to bamboozle Prince Harry into marrying her.

Never mind the fact that we’ve already discussed ad nauseum that the Windsors are viewed like the Kardashians in true royal circles.

Never mind the fact that Harry is a grown man in his 30s and is well capable of making his own decisions without having to consult with a bevy of rancid crumpets named Penelope Brumsgrove.

Kate Middleton was just as much of a “commoner” as Meghan Markle was, yet she had far more to gain by marrying into the royal family. Why, then, do we keep seeing videos like this? 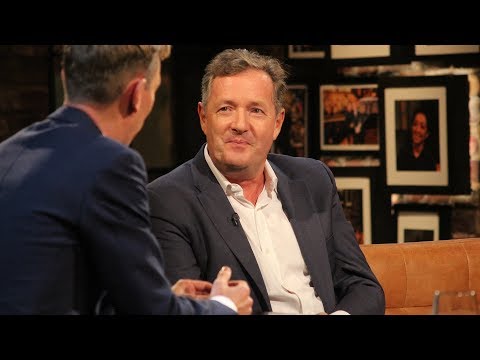 Most of these delicate English roses have nowhere near the vitriol for Middleton — whose mother, Carole, has a documented Kris Jenner-like obsession with social climbing — that they had for Markle, whose mother, Doria, happily lived a humble and quiet life in a working-class suburb of Los Angeles until the Sussexes moved her in with them?

So I will, once again, ask: aside from marrying Prince Harry — who made clear he wanted to leave the royal family long before he met her — what did the Duchess of Sussex do that was so egregiously wrong that she merits this level of venom, hatred, and backlash?

British people — and especially British women — need to accept the fact that they hate Meghan Markle for no logical reason whatsoever. Their reasoning is rooted in racism, classism, and the long-defunct Manifest Destiny-like imperialism of the British Empire. And it all needs to come to an end.