The Dow Jones has recorded a gain of over 500 points since March 11 despite Boeing costing the index about 300 points since the market opened on Monday.

Throughout the past two months, many strategists have said that the fundamental factors of the U.S. stock market remain strong with household net worth and wage growth on the rise.

Recent reports indicate that the confidence of consumers and overall consumer spending are increasing at a steady rate, which may fuel the retail market following a poor fourth quarter in 2018.

Rise in Durable Goods Orders a ‘Relief’ for the Dow

According to Michael Pearce, senior U.S. economist at Capital Economics, an increase in durable goods orders in January alleviated the pressure on the U.S. market from another potential downfall.

The economist said that the increase in consumer sales is crucial in pushing back the narrative that the U.S. economy slowed down in December and is heading towards a full-blown recession.

“It suggests investment didn’t fall off a cliff around the turn of the year. [This] helps to push back on the notion that the economy caught a cold in December [and is spiraling towards a recession],” Pearce told the WSJ. 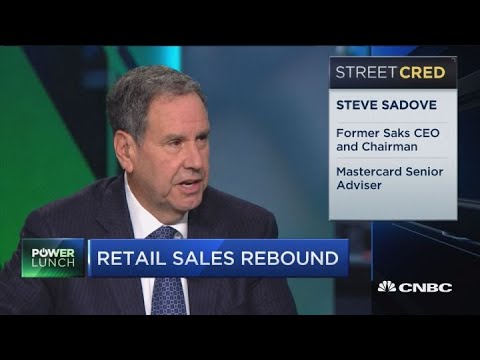 On March 12, Gluskin Sheff strategist David Rosenberg said the Consumer Price Index (CPI) flashed a major recession signal, implying that the Dow should be headed for a major decline.

“Today’s CPI data confirmed that the peak in core inflation has been turned in. The YoY trend peaked either just ahead of the last three recessions or just as it was getting started. The NFIB index confirmed that pricing power is fading and fading fast.”

However, the U.S. Commerce Department reported on March 11 that retail sales have actually risen in January.

Robert Frick, Navy Federal Credit Union economist, echoed the sentiment of Capital Economics economist Michael Pearce and stated that the January retail sales numbers were a relief for the U.S. stock market and particularly for the Dow Jones.

“Everyone was holding their breath and were afraid we were going to have another lousy set of numbers like December…January retail sales were a relief,” Frick said.

Retail sales and consumer confidence are expected to rise throughout the quarters to come as U.S. workers benefit from rising wages.

A report revealed that the wages of American workers have increased on average by 1.9 percent since 2018 and blue-collar employees saw a 2.2 percent increase in earnings after inflation was priced in.

Local corporations like Iowa-based Vermeer have said that the tax cut of the Trump administration has helped companies to hire more aggressively and increase their labor force.

The concern of analysts since early January has been that stocks have risen to a point in which the prices are not compelling enough for retail investors.

But, with an overall increase in wages and consumer spending combined with declining geopolitical risks due to the progress in the U.S.-China trade deal, the Dow is set to continue its impressive recovery from the low 25,000-point region.

The White House and the Trump administration recently released its proposed budget this month, which projected an improvement in the U.S. economy.

While the prospect of the Dow could be swayed by the development in the U.S.-China trade deal, analysts state that the trade talks are mostly priced into the U.S. market at this juncture.