Game of Thrones made its epic return to screens on Sunday to kick off its eighth and final season.

The HBO show is already a record-breaking show. Season eight alone is expected to pull in more than $1 billion for HBO. And each episode cost a mega $15 million to make. Much of that budget is going straight in the pockets of the show’s biggest actors.

Five Game of Thrones “Tier A” actors are making $1.1 million per episode this season. Additional bonuses for international syndication could put that figure over $2 million a show. GoT has propelled the careers of Kit Harrington, Peter Dinklage, Maisie Williams, and Emelia Clarke.

But who’s the richest? Keep reading to find out. (And don’t worry – there are no season eight spoilers here).

Nikolaj Coster-Waldau is one of the show’s five tier A actors, alongside Kit Harington (Jon Snow), Peter Dinklage (Tyrion Lannister), Emelia Clarke (Daenerys Targaryen), and Lena Headey (Cersei Lannister). The five actors negotiated an epic $1.1 million per episode pay deal for the final series. Nikolaj Coster-Waldau who plays “kingslayer” Jaime Lannister has also bumped up his net worth by playing the lead in Fox’s New Amsterdam and lucrative deals with L’Oreal.

Dinklage was reportedly the first character cast in Game of Thrones, and the only GoT actor to win an Emmy. He has won three times in the Best Supporting Actor category. Dinklage’s impressive $15 million net worth is also financed by high-profile roles in Avengers: Infinity War and the Angry Birds Movie.

Emilia Clarke as Daenerys Targaryen provided one of the show’s breakthrough early moments, emerging from fire as the Dragon Queen in season one. Since then, she’s been a fan favorite. Aside from negotiating a $1.1 million salary per episode, Clarke has appeared in box office hits Me Before You and the Hans Solo spinoff movie. She’s also the face of Dior jewellery.

The show’s first major superstar, Kit Harington was among the first to demand a $300,000 per episode salary for season five and six. That bumped up to $500,000 for season 7 and a record $1.1 million for the final series. He also lent his voice to the movie How to Train Your Dragon 2, which pulled in $621 million. 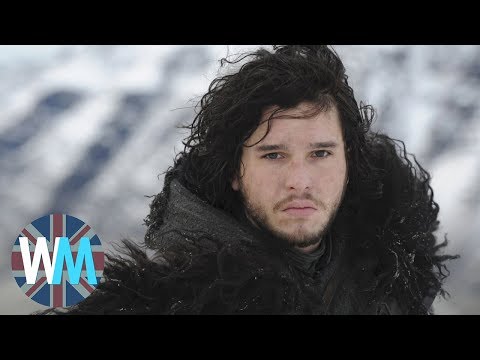 The third Lannister on the list, Lena Headey is the fifth member of the $1.1 million “tier A” group. Thanks to the Game of Thrones franchise, her net worth is now estimated at $9 million. Not content with one fantasy sage, however, she also appears in 2013’s Mortal Instruments movie, adapted from the popular fantasy series of the same name.

Further down the list are Maisie Williams (Arya Stark) whose net worth is estimated at $6 million. Outside the HBO show, she also runs a digital startup called Daisy. Sophie Turner (Sansa Stark) who also appears in X-Men: Apocalypse is worth $6 million.