The cold wallets of QuadrigaCX, once the largest crypto exchange of Canada, have reportedly been found to be empty.

According to Bloomberg, most of the Bitcoin funds from the exchange’s cold wallets were moved out in April 2018, more than 9 months before QuadrigaCX revealed it had lost $150 million in customer funds after its CEO Gerald Cotten passed away with sole control of the company’s wallets.

Ernst & Young, a big four auditor tasked as the monitor of QuadrigaCX, found six cold wallets of the exchange used to store Bitcoin.

Five of the six wallets did not contain any Bitcoin since April and the sixth was used to transfer funds to the hot wallet of QuadrigaCX.

“[Sixth wallet] appears to have been used to receive Bitcoin from another cryptocurrency exchange account and subsequently transfer Bitcoin to the Quadriga hot wallet,” EY said.

So Where is the $150M in Missing Crypto?

Last week, an independent cryptocurrency researcher James Edwards claimed that he has found the trails of the Ethereum holdings of QuadrigaCX.

The report curated by Edwards said that nearly $90 million in user funds held by QuadrigaCX were moved to cryptocurrency exchanges like Bitfinex and Poloniex, possibly through the utilization of dummy accounts.

“Based on the cumulative analysis of Taylor Monahan, the CEO of MyCrypto, Elementus, a blockchain research firm that was cited by the Wall Street Journal, and the author of this report, it appears that there is a high likelihood that there are funds that belong to QuadrigaCX at Bitfinex and Poloniex,” the report read.

Prior to the report, researchers failed to find evidence to prove the existence of cold wallets owned by QuadrigaCX.

In January, QuadrigaCX claimed that it had lost $150 million in crypto due to the death of its CEO. If that is the case, the monitor and the team should have already been able to identify which wallet addresses the CEO had control of before he passed away and confirm that they contain $150 million in crypto assets.

However, as EY recently reported, the cold wallets found to be operated by QuadrigaCX either do not have the funds the exchange claimed to have lost or have shown irregular activities in the past several months. 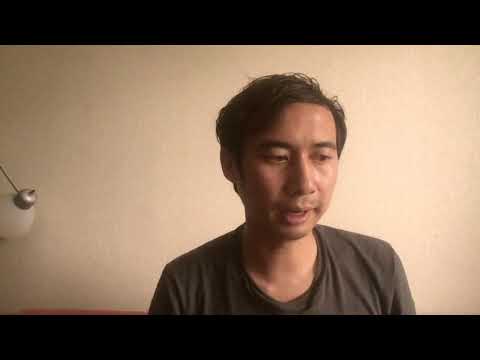 The findings of EY support the claims of Tong Zou, a programmer who lost more than $422,000 in life savings in the QuadrigaCX fiasco.

The programmer said that he filed for withdrawal in October 2018 but never heard back from the exchange.

It is entirely likely that the theory presented by the Coinbase team is accurate in that the exchange may have struggled with liquidity as the bear market hit the cryptocurrency sector in January.

So maybe after about a month of debate [Dec – Jan], management decided to cut losses and release a statement claiming that access to money was lost with CEO’s death?

Can it be Recovered?

As time passes and the investigation of both the monitor and independent researchers continue on, the original story laid out by QuadrigaCX, which Kraken CEO Jesse Powell previously described as “unbelievable,” is seemingly becoming highly unlikely.

We have thousands of wallet addresses known to belong to @QuadrigaCoinEx and are investigating the bizarre and, frankly, unbelievable story of the founder's death and lost keys. I'm not normally calling for subpoenas but if @rcmpgrcpolice are looking in to this, contact @krakenfx

If all of the other cold wallets of QuadrigaCX are also found to be empty in the weeks to come, then the narrative that the CEO passed away with sole control over user funds could be disproved.

But, if the funds from QuadrigaCX are stored on other exchanges as some researchers suggested, then the funds can be recovered with the assistance of the exchanges in question.

This is the best hope that QuadrigaCX clients have — that Cotten was keeping client funds in other exchanges. Unfortunately, nothing at Kraken. Hopefully, others are looking. Could be accounts were created under different names so might take some real digging to find.