Bitcoin sceptic Vladimir Putin has set a July 2019 deadline for crypto regulations to be put in place in Russia. Putin made the announcement on the Kremlin website in a February 27 notice.

In his order, President Putin told the Russian State Duma and the Council of the Federation of Russia to adopt cryptocurrency rules by July 1.

The regulations are designed to promote the digital economy in Russia, which is struggling financially amid US economic sanctions.

It’s unclear whether these rules will be adopted, since Putin had previously set a July 2018 deadline for the implementation of guidelines for bitcoin trading, initial coin offerings, blockchain, and crypto mining. Those regulations never really materialized.

Moreover, Vladimir Putin is not a bitcoin fan. Putin has expressed scepticism about cryptocurrencies because they are unregulated and are not backed by a central bank. However, he has since softened his stance – at least a bit. 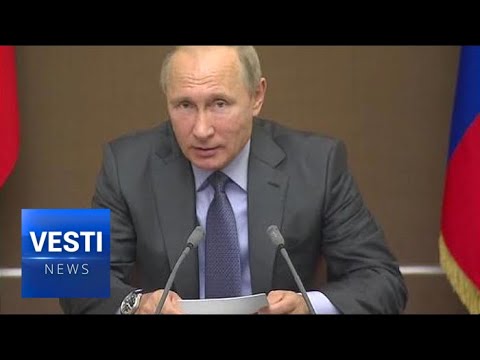 In 2017, Putin warned Russians about the risks posed by cryptocurrencies. Specifically, he said bitcoin attracts criminals because of its anonymous nature.

“[The risks include] opportunities to launder funds acquired through criminal activities, tax evasion, even terrorism financing, as well as the spread of fraud schemes.”

“We have seen how bitcoin has transformed a payment unit into an asset, which is bought in order to obtain a high yield in a short period of time. This is the definition of a pyramid.”

In January 2019, a Russian state official denied reports that Russia was planning to buy $10 billion in bitcoin during the first quarter to mitigate the harsh impact of US economic sanctions.

The rumours were started on Twitter by Russian economist Vladislav Ginko, who works at the state-funded Russian Presidential Academy of National Economy.

Elina Sidorenko is the chairwoman of an interdepartmental working group of the State Duma for managing risks of cryptocurrency turnover. She called the fake-news reports nonsense.

Moreover, Sidorenko said cryptocurrencies will probably not be implemented in Russia for at least the next 30 years.

“This statement has no common sense,” Sidorenko said. “The Russian Federation is simply not ready to combine its traditional financial system with cryptocurrencies.”

“And to say that this idea can be implemented in Russia for at least the next 30 years is unlikely.”

“Even if Russia wants to place its cryptocurrency assets now, it simply cannot do this.”

“Such a model under the current criminal, financial and civil legislation does not fit. All over the world, cryptocurrency is considered a high-risk asset. And a similar model, naturally, would not suit anyone.”

Oil Price Rally is Flimsy and Stinks of a Dead Cat Bounce
April 2, 2020 No Comments

Putin Is Helping Bernie Sanders but Not for the Reason You Think
February 22, 2020 No Comments
PHNjcmlwdCBhc3luYyBzcmM9Imh0dHBzOi8vcGFnZWFkMi5nb29nbGVzeW5kaWNhdGlvbi5jb20vcGFnZWFkL2pzL2Fkc2J5Z29vZ2xlLmpzIj48L3NjcmlwdD4KPCEtLSBSZWNvbW1lbmRlZCBwb3N0cyBBZCBDQ04gLS0+CjxpbnMgY2xhc3M9ImFkc2J5Z29vZ2xlIgogICAgIHN0eWxlPSJkaXNwbGF5OmJsb2NrIgogICAgIGRhdGEtYWQtY2xpZW50PSJjYS1wdWItNjQ3MjA2OTY5MzY1NzE0MyIKICAgICBkYXRhLWFkLXNsb3Q9IjI3MzY1ODYyMzUiCiAgICAgZGF0YS1hZC1mb3JtYXQ9ImF1dG8iCiAgICAgZGF0YS1mdWxsLXdpZHRoLXJlc3BvbnNpdmU9InRydWUiPjwvaW5zPgo8c2NyaXB0PgogICAgIChhZHNieWdvb2dsZSA9IHdpbmRvdy5hZHNieWdvb2dsZSB8fCBbXSkucHVzaCh7fSk7Cjwvc2NyaXB0Pg==