Royal fans are looking forward to seeing Prince William make a special appearance at a TED Talk next month, where he’ll discuss the important subject of climate change.

As we all know, this is a subject very close to the hearts of both Prince William and his father, Prince Charles.

This event will mark the TED Talk debut of the future King, and is sure to be a historic occasion.

In January of this year, William launched the Earthshot prize to find new solutions to tackling the climate crisis.

Either we continue as we are and irreparably damage our planet or we remember our unique power as human beings and our continual ability to lead, innovate and problem-solve.

Remember the awe-inspiring civilizations that we have built, the life-saving technology we have created, the fact that we have put a man on the moon. People can achieve great things.

Prince William is taking after his father, Prince Charles, who has been an advocate of climate action for many years

As the next in line for the British throne, Prince Charles is no stranger to using his position for the greater good.

Climate issues are among those causes that Charles has been vocal about for years, including as recently as the World Economic Forum in January, when he made a speech saying:

We are in the midst of a crisis that is now, I hope, well understood. Global warming, climate change, the devastating loss of biodiversity are the greatest threats that humanity has ever faced and one largely of our own creation.

It would now appear that such concern for the planet runs in the family, as Prince William prepares to make his (virtual) TED Talks debut. 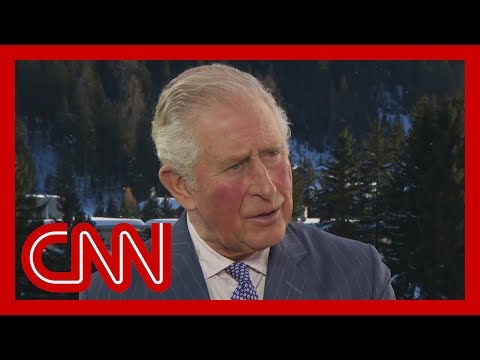 There’ll be many a royal fan who will allow themselves a wry smile at the fact that William is appearing on this historical TED Talk alongside such names as Don Cheadle, Chris Hemsworth, Mark Ruffalo, and Al Gore.

It has been widely believed that Prince Harry and Meghan Markle were the “Hollywood Royals,” yet it appears that Prince William can turn his hand to Tinseltown when needed!

While both Harry and Meghan moved their entire lives to Hollywood to try and force themselves into the celebrity circuit and had to hawk their wares around town looking for the best deal to finance their lifestyle, Prince William is getting offers without having to leave merry old England.

Not only that, but there is no speaker-fee in sight. And I doubt there’s a long list of conditions that the organizers have to succumb to in order to work with Prince William.

It makes you wonder if Hollywood and the Twitterati are going ga-ga over a failed actress and the guy who’s sixth in line for the throne, imagine if they ever got the chance to see the future King and Queen consort step into the media spotlight?

Of course, such behavior is below William. He has a responsibility to an entire Kingdom.

As is, seeing him use his considerable influence for good causes such as the TED Talk on climate change is more than enough.

A role he’ll handle with class and dignity, as always.