Is Prince Harry ‘Incredibly Unhappy’ in His Marriage? I’m Afraid So.

Hugo Vickers is the latest royal insider to claim that Prince Harry isn’t happy in his marriage to Meghan Markle. Is he right?

Almost since the day that Prince Harry and Meghan Markle were married has the question been asked:

Is Prince Harry actually happy in his relationship with Meghan?

While many hand-wringers point towards that line of questioning being more to do with Meghan’s ethnic background than anything else, the truth is, the question is being asked based on the mannerisms and actions of Prince Harry himself.

And it would appear that royal fans aren’t the only people asking this question.

The terms “royal insider” and “royal biographer” are thrown around rather liberally these days.

Hugo Vickers, however, is as close to the real deal as you can get. He’s certainly no Omid Scobie.

Speaking to the Daily Express, Vickers commented on Prince Harry and his marriage to Meghan Markle:

He, no doubt, thought he had found himself a very exotic and glamorous wife out of the norm. Actresses can be very beguiling. Unfortunately, he finds himself now living in California, away from his family, friends, his work, and the Army, and all the things he had known.

He looks incredibly unhappy and has been hooked by a political activist as far as I can see.

The truth is, some people will never be convinced, and that’s okay. But, the question I’ve often asked is how this situation would be interpreted if the roles were reversed?

Imagine a failed actor using that princess’s title for financial gain in Hollywood and to finance a mansion and a lifestyle that he could never afford off his own hard work and reputation?

Yeah, things would be seen a little differently, no doubt, right?

The truth is Hugo Vickers has been around long enough to see through the antics of the likes of Meghan Markle. 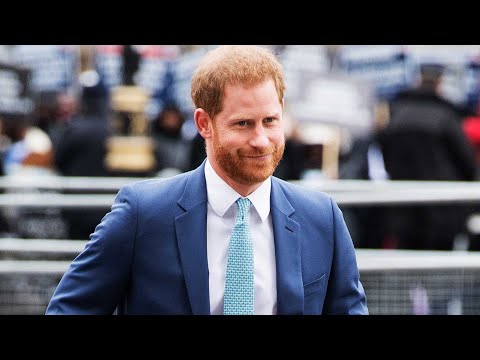 The problem for Prince Harry is, he’s deep in a hole now, and there’s no easy way out

Prince Harry knows he’s been taken for a ride. The wayward royal may not be the sharpest tool in the shed, but he’s not a complete moron.

Harry’s problem is that in an attempt to no longer be “the third wheel” in the group with Prince William and Duchess Kate, he’s found himself in a bit of a predicament.

He allowed himself to become captivated by Meghan.

Not only that, he now has a son, and they are both holed away in pandemic-stricken California, where Prince Harry has no support network of his own.

If you unwind it all, you see an ambitious young woman who was a minor star, an actress who could dazzle him [Harry], and that’s exactly what she did.

Unfortunately for Prince Harry, that minor acting star put on the performance of her life and now has the ultimate prize.

Even if Prince Harry were to wake up tomorrow, realizing he’s been played and returns to the United Kingdom, Meghan is set for life now.

The knowledge he’s been used will continue to eat away at Harry until he wakes up.

Aubrey Hansen
I'm a full-time royal & entertainment commentator at CCN. I've had my opinions and links to my work on the royal family featured by outlets such as The Daily Mail, International Business Times, and The Express. Reach me at aubrey.hansen@ccn.com, visit my LinkedIn profile here or my Twitter profile here.
Subscribe
27 Comments
Most Voted
Newest Oldest
Inline Feedbacks
View all comments
← PreviousMeghan Markle & Prince Harry Get Preachy Again With TIME 100 Talk
Next →The Ghislaine Maxwell Deposition is Unsealed – And Boy, Is it Ugly