There’s been much said about the deal Prince Harry and Meghan Markle have signed with US streaming giants Netflix.

We’ve seen inflated numbers reported that have been seemingly picked out of fresh air, or based on the rumored amount that the Obama’s got for their streaming deal.

As of writing, there had been no confirmation from either Netflix or the Sussexes on the exact terms of the deal.

I imagine it will remain private, as both parties are perfectly entitled to.

However, while much of the media attention has been on Meghan Markle and the type of content she’ll be looking to make, the question remains, what of Prince Harry?

Does the Netflix deal reflect poorly on Prince Harry and his family?

While Meghan Markle has no real reputation to consider, Prince Harry finds himself in an entirely different situation.

While he may want to become financially independent, he’s very aware that his royal heritage is what allows him to earn the kind of money he needs to keep Meghan happy.

As I’ve said previously, no one is interested in Meghan Markle or Prince Harry as people. It’s the titles that bring the attention and the money.

But while Meghan can use the titles without much responsibility, Prince Harry carries that burden.

While fans of the couple are only interested in them proving to the royal family that they can make millions of dollars, some ask what the implications would be of the Netflix deal on the royal family.

Does this deal make Prince Harry a royal sell-out?

For some expert insight into the goings-on with the Sussexes at the moment, CCN reached out to Eric Schiffer, the chairman of Reputation Management Consultants.

As always, Eric was straight to the point when it comes to Prince Harry and Meghan Markle, claiming:

The Netflix deal hopes to gain [The Sussexes] the Obamas’ halo effect, but won’t take away from what my source says: Harry’s misery [will continue] from a brutal backlash caused by the greatest sell out in British royal history.

Some pretty strong words from Eric there for sure! But is there truth behind them?

Have we ever seen a situation where a high profile member of the British royal family cashed in on his royal titles more than what Prince Harry is currently doing? 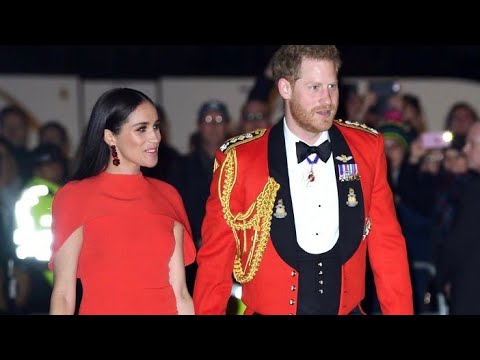 Meghan and Harry want to appear woke, but they may end up coming off as spoiled elites

Continuing on the subject of the net Netflix deal, Eric commented:

It comes [with] problematic pressure to produce results for Netflix, as well as Meghan and Harry’s brand to prevent looking like spoiled elites who are not up for the challenge. The deal makes Meghan and Harry prima donnas because the production company is the mecca of Hollywood and the hottest power player of modern Tinseltown.

An interesting point that Eric does make is how this type of deal would not have been possible without both Prince Harry and Meghan Markle playing their part:

The epic-scale deal got Meghan and Harry what they could not have done without each other – they achieved the holy grail of celebrity elitism in Hollywood and with it (at least for Meghan), eternal bliss.

For sure, Meghan Markle has gotten what she wants from this deal.

Prince Harry? Time will tell how his actions of late affect his long-term reputation and standing as a British royal.