As the days go by and revelation after revelation from Finding Freedom is reported upon, it’s clear that the fantasy biography of Prince Harry and Meghan Markle is doing its job.

Namely, ensuring that Meghan Markle is portrayed as entirely blameless in the whole royal scandal that has enveloped the monarchy almost since the day she and Harry got married.

The latest tidbit of information from Omid Scobie’s book claims that Prince Harry and Prince William’s fallout wasn’t actually anything to do with Meghan Markle.

It was all about money and how Prince Harry is jealous of his older brother.

That’s right. Once again, Meghan Markle comes out of a situation smelling of roses.

Prince Harry was jealous of his brother’s royal status, apparently

It was long believed that the sibling feud erupted when Prince William dared to question the relationship between Prince Harry and Meghan Markle, with several sources claiming this to be the case.

Predictably, however, Finding Freedom has offered a new theory as to why the brother’s relationship has become frosty, and of course, it doesn’t feature Meghan Markle.

No, the reason for the problems is down to finance.

A source (unnamed, of course) claimed the following according to Marie Claire:

While Charles may be a father to Harry, he’s also their boss, and that makes their relationship complex for a number of reasons. Where you are born in this family dictates your position of power, and because of that, Harry has always come second to his brother, especially when it comes to funding.

There were times in the past when Harry wanted to take on bigger projects and do more work, but he couldn’t get the money to support it. William was always the priority. A lot of their quarrels have been over budgets. 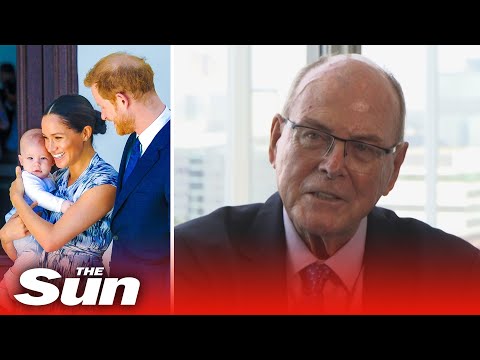 Is Harry too stupid to realize how this book has portrayed him?

Look, I know Prince Harry isn’t the sharpest tool in the shed, but even he must be wondering what the agenda is behind this book.

Because the truth is, he’s being made to look like a jealous and petty man, who walked away from his family and the privileged life he had all because he had to play second fiddle to his older brother.

Meanwhile, Meghan Markle is being portrayed as nothing but a devoted, loving wife who tried her best to integrate herself into a British institution. That is, against the face of horrendous jealousy, racism and hatred, all the while being a rock for her husband as he dealt with his own jealousy and finally broke free of the shackles of royal life.

Seriously, give me a break.

Are we supposed to believe this heavily curated version of the truth? Written by a journalist who’s allegiance to Meghan Markle is absolute?

Personally, I don’t believe that Prince Harry and Prince William had a falling out over money. Did they quarrel about funding for specific projects? Most likely, but if this was as much of a sore point as the authors of Finding Freedom claim, why did it only surface now?

The royal family, and indeed both brothers, have been involved in this financial system since they were young men. Long before Meghan Markle would have been allowed into royal grounds without a ticket.

No, the recent falling out is a result of something else far more serious.

Falling out over funding! Come on, Omid, at least pretend you’re trying to write something convincing!