Prince Harry and Meghan Markle have made a pig’s ear of their royal lives thus far. They could really use the advice of this royal family member.

In many ways, Princess Anne has a lot in common with Prince Harry. As such, she should be in a position to understand how Harry and Meghan Markle are feeling.

Living her life as the sister to the future king, Princess Anne has a lot of experience in being “the other” sibling.

It’s only natural that when your brother is next in line for the throne, you can sometimes feel like a secondary character in a television series.

That’s how things are, though. What’s important is how you deal with the situation.

Did Princess Anne offend Harry and Meghan with her comments?

During an interview with Vanity Fair, it has been suggested that the Princess took a swipe at the younger generation of royals when she said:

Don’t forget the basics. I don’t think this younger generation probably understands what I was doing in the past, and it’s often true, isn’t it? You don’t necessarily look at the previous generation and say, ‘Oh, you did that?’ Or, ‘You went there?’ Nowadays, they’re much more looking for, ‘Oh, let’s do it a new way.’ And I’m already at the stage, ‘Please do not reinvent that particular wheel. We’ve been there, done that. Some of these things don’t work. You may need to go back to basics.

It may just be me, but I see very little in what Princess Anne said that could be considered offensive or upsetting to younger royals.

Prince Harry would do well to seek counsel from his aunt. She’s been in the position that he is reportedly finding tough to deal with–the sibling of a future king.

As is Princess Anne’s style, any misunderstanding will be dealt with directly

Prince Charles’ sister is nothing if not a straight shooter. She doesn’t hold back, and according to Rebecca English, the Daily Mail’s royal editor, she’d be more than happy to discuss the matter directly with Prince harry:

I’m told when asked whether Harry and Meghan might be a little put out by the implicit criticism, the Princess simply said she’d ‘get in touch’ with her nephew if need be.

While what Anne said has been lost in the hysteria over what was or wasn’t said about Harry and Meghan, her words are worth looking at in more detail.

We’re talking about one of the most active and experienced royals in the firm, and as such, she’s well placed to offer advice–even if it may not be what the younger royals wish to hear.

While I’ve long been an advocate for younger royals coming to the fore, as I believe them crucial in maintaining an appeal to the younger generation of British people, I’m also a fan of tradition.

Sure, Prince Charles has spoken of slimming the royal family down, and that’s fine, but some traditions don’t need changing.

They are traditions precisely because they work. Much of what the royal family does today is the result of trial and error in decades gone by. While the faces change, the effectiveness of the process doesn’t.

Anyone who knows the royal family will know that Princess Anne was always something of a renegade. She’s the first senior royal to be convicted of a criminal offense! 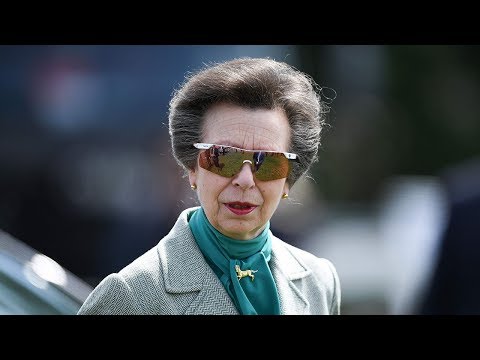 In being very much her own woman, Princess Anne did not need to be front and center in the spotlight.

That’s the difference between her and her nephew and his wife.

As a source told the Daily Mail:

Status means nothing to her. And she definitely doesn’t do drama.

Hate on BTS All You Want, But the K-Pop Sensation Are Winning