We all thought Meghan Markle hoped to kickstart an A-list Hollywood career. Maybe Prince Harry is really the budding thespian.

All this time, we’ve been speculating on how Meghan Markle would fare when she tried to return to Hollywood. It seemed inevitable, right?

Prince Harry was nothing more than a fashion accessory. Meghan’s key to more publicity and media attention than she’d ever hope to garner on her own.

What if we got it all wrong, and Prince Harry is the budding thespian in this pampered royal family? I’m not the only person with this nagging suspicion. Watch this video for details:

According to an unexpected new report, Prince Harry aims to succeed where Meghan Markle failed: Hollywood.

A source speaking to US Weekly claimed:

Harry’s determined to make it in Hollywood, just as much as Meghan. He’s focusing on making documentaries connected to good causes — not just on the production side of things. We’ll also be seeing him in front of the camera, more as a spokesperson than anything else.

To date, Meghan Markle hasn’t really made the impact in Hollywood we assumed she was hoping for. The Disney+ gig, which she “coincidentally” landed after Prince Harry badgered Bob Iger on Meghan’s behalf, didn’t amount to much.

The big contract she appeared to be angling for when she plunked herself down on Tyler Perry’s couch went to someone else.

That doesn’t mean the Hollywood dream is over for the royal couple, though. Maybe Prince Harry could prove to be more than just Meghan’s ticket to money and fame.

After all, why cast the wife of a Prince when you can cast the actual Prince himself?

Has Hollywood been on Harry’s mind all along?

If the Us Weekly scoop is accurate, Prince Harry had never really thought about working in the entertainment industry – much less Hollywood.

Not until recently, anyway.

Working in the entertainment industry isn’t something he particularly thought about doing as royal, but since separating from the royals, he now has the opportunity to explore new, exciting opportunities and can’t wait to get his upcoming projects off the ground.

Could it be that things are taking a different and unexpected turn?

When the Hollywood Royals ditched their duties in Britain and headed to the United States, the questions always surrounded Prince Harry.

What would Harry do out there? He’s not used to that kind of lifestyle. He’ll be like a fish out of water!

When it came to Meghan Markle, everyone assumed she’d be trying to get her acting career back on track and infiltrate the golden circle of movers and shakers in Hollywood.

We were all so sure of what Meghan’s plans were, but it seems we’ve seen a bit of role reversal. For all intents and purposes, her Hollywood reboot has been a complete bust.

Meghan is literally all over the place at the moment. Prince Harry seems to have things together, at least by comparison.

We recently learned he’d be appearing in a Netflix documentary chronicling the history of the Paralympic Games. Watch the trailer below: 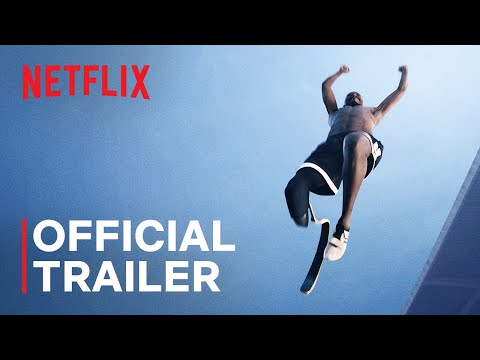 It’s not exactly a starring role in a tentpole film, but if someone told you in January that one of the Sussexes would appear on Netflix this year, would you have really thought it would be Prince Harry?

Yet here he is, while Meghan Markle is still nowhere to be seen.

It makes you wonder: Who’s using who?

That’s food for thought – and a narrative twist that deserves its own binge-worthy Netflix production.