The British royal family has made a point of posting on social media to help mark Harry’s big day, and undoubtedly there will be Zoom calls and phone calls aplenty from his father, brother, and grandparents.

I know how tough it can be when a close family member is far away during a birthday or another holiday.

For most, a birthday is the one day of the year where you get spoiled and pampered. Now granted, both Prince Harry and Meghan Markle get that kind of treatment every day, but still, it’s Harry’s day.

Unless you’re a member of the infamous Sussex Squad, that is. 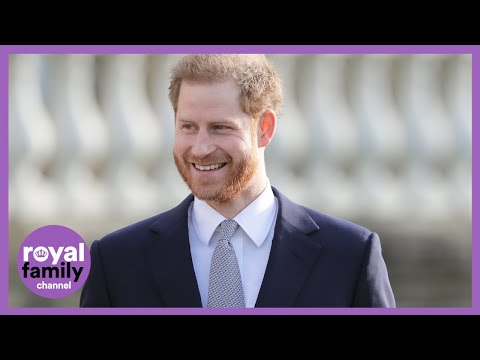 It may be Prince Harry’s birthday, but what about Meghan?

Despite the outpouring of love and respect that fans worldwide showed for Meghan Markle on her birthday recently, it seems that wasn’t quite enough.

It may be a day for Prince Harry, but it’s all about Meghan Markle As always.

The issue? The royals dared to use photos of Prince Harry with his royal family, rather than with Meghan Markle.

Ordinarily, I’d laugh off such behavior, put it down to the actions of a few deluded and sad souls, but that’s clearly not the case with this lot.

As we’ve seen with the tone of the recent Finding Freedom biography, the aim is to further brand Meghan.

Prince Harry is just another member of the supporting cast. Nothing more.

One Sussex fan, commenting on the post made by Prince William and Duchess Kate Middleton wishing Harry a happy birthday said:

Did they just wish Harry a happy birthday and put themselves in the photo but not HIS wife and child?

I mean, seriously? How many times do we see brothers and sisters, mothers and fathers, and even friends posting photos of themselves with someone celebrating a birthday?

I have a brother, and when it’s his birthday, I certainly don’t post a photo of him and his wife. Usually, that’s the post that his wife makes.

I’ll post a photo of the two of us having fun in a bar, or racing go-karts, or whatever.

All this proves is that it may be a big day for Prince Harry, but the spotlight cannot be on him

Meghan Markle’s fanbase is insane. I’ve said that for months now, and the reaction to Prince Harry being wished a happy birthday by his family proves it.

Why not take just one day, one single day, and allow it to be about someone else other than Meghan Markle?

I really hope this post on the Cambridge’s Tweet is just someone trying to be funny, but the more I read the responses across Twitter, the more I realize they’re probably serious:

How rude. Why not have a photo of him when he’s happy with his lovely wife. Really selfish of will and kate.

Just sit down, shut up, and take a day off. Seriously.

I know that’s hard for Sussex fans to comprehend, but it isn’t always about Meghan.