The younger Windsor turns 36 years old today, and according to a Royal insider, the Prince is said to be “happier than ever” in his personal or his professional life.

Whether her detractors want to admit it or not, we have Meghan Markle to thank for this improved mood of his.

Omid Scobie, one of the writers of the controversial “Finding Freedom” biography, confirms that Prince Harry is on a personal and professional high as he turns 36 years old today.

This is the moment [Harry] can sit back and think, “I made it”.

Royal biographer Ingrid Seward, who has been less-than-complimentary to the Sussexes since Meghan Markle came onto the scene, agreed with Scobie in a rare show of support for the couple.

He’s embracing his new life and everything is an adventure right now. He has moved on very quickly, and I don’t think he misses his old life at all.

None of this should be surprising to anyone who has followed Prince Harry’s life and career from the beginning.

Contrary to her detractors’ belief that she whisked Prince Harry away, unwillingly, from his beloved royal family, the younger Windsor has been looking to make a break from “The Firm” since, at least, June of 2017.

Additionally, there’s some suggestion that the first stirrings of wanting to leave came back when he was serving in the British armed forces, as he said that he felt a sense of purpose for the first time in his life.

Listen to his own words, long before he ever heard the words “Meghan Markle,” below. 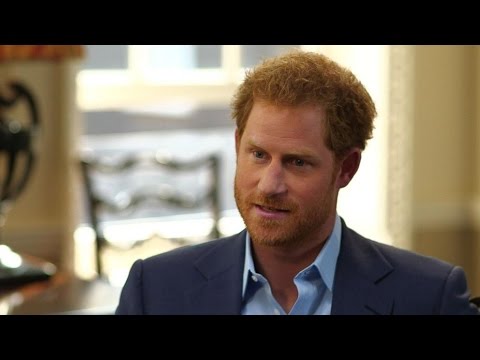 Meghan Markle coming onto the scene, really, seemed to be nothing more than a convenient excuse for Prince Harry to make the break he’s always wanted. So, let’s stop coming down hard on her for no reason.

Between the Netflix deal, the marriage to his dream girl, the multi-million dollar home, and the new baby, the Duke of Sussex is having a very happy birthday, indeed.