As Prince Philip turns 100 years old in June, and plans are beginning to mark the occasion. Prince Andrew will not be involved, apparently.

It’s no secret that Prince Andrew has not had his issues to seek of late. The Queen’s son has become a social and political pariah due to his well-discussed links with Jeffrey Epstein.

In May 2020, Prince Andrew permanently resigned from all public roles due to the scandal in which he was involved.

It’s safe to say his time as a respectable, front-line royal is very much up.

For royal fans, there is no explanation needed as to why next June is a date marked on our calendars.

The Queen’s husband, dear old Prince Philip, turns 100 years old. What a milestone for anyone to reach, and one that will surely be celebrated by all.

It would appear that Prince Andrew will not play any part in his father’s big day.

The decision to cut down Prince Andrew’s role in the planned celebrations for his 100th birthday is one of the toughest decisions Prince Philip will have had to make in his life.

While Andrew is a royal very much in the spotlight, he’s still Prince Philip’s son

It’s easy to get caught up in the media frenzy when it comes to the royal family. Be it questioning why Prince Charles would have continued to fund his son, Prince Harry, and Meghan Markle after they disgraced themselves and the royals or why Prince Philip and the Queen would continue defending Prince Andrew.

Scandal or not, he’s still their son, and the love of a parent for a child doesn’t disappear just because the child has gotten embroiled in a scandal.

He is extremely fond and very proud of his son, and he will have given in to the media pressure with great displeasure. But he knows that Andrew’s name is poison currently and that the survival of the monarchy requires that Buckingham Palace backs away from his son. It will have been an enormous blow and will undoubtedly take some of the shine off the celebrations when they happen next year for Philip not to have Andrew by his side. 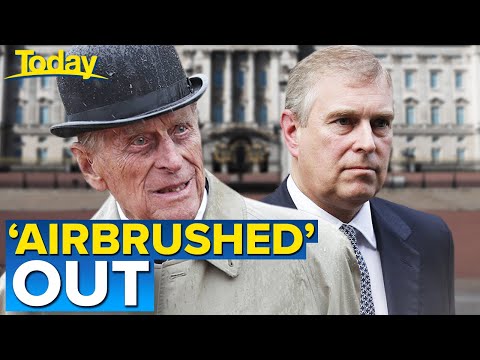 The question is – should Andrew be cast aside so readily?

In my opinion, the answer is yes.

Even without any legal verdict that he’s done anything wrong, Prince Andrew should have known what was required of him as a British royal family member.

He knowingly placed himself in situations that have muddied the waters when it comes to public perception of him, and as such, he has to pay the price.

Of course, I will stop short of making any claims against him as far as actual guilt of the crimes of which some accuse him. That’s for the courts to decide, as unfashionable as that may be in this day and age.

Until matters change, Prince Andrew is being treated as a witness rather than a suspect, according to his legal team.

However, as we all know, being a member of the royal family brings certain responsibilities and a higher level of standards.

As much as those standards apply to Prince Harry and Meghan Markle, so too must they apply to other royals.

And for that very reason, Prince Andrew has to pay the price, both publicly and privately.

September 25, 2020 27 Comments
← PreviousMeghan Markle Cheerleaders Forget It’s Prince Harry’s Birthday
Next →Paul Rudd Is The Hero We All Need In These Crazy Times

Hate on BTS All You Want, But the K-Pop Sensation Are Winning