Why Did Portia de Rossi Wait So Long to Defend Ellen DeGeneres?

Portia de Rossi has finally come out in support of her wife, Ellen DeGeneres. Did she drag her feet because she also knows the truth about Ellen?

If you’re just checking in to the Ellen DeGeneres drama, it looks like Portia de Rossi is loudly supporting her wife.

Ellen has been facing inflammatory accusations for months. Her show is now under investigation and Twitter is calling for her replacement.

And today, de Rossi is finally taking her wife’s side in public.

But don’t get confused: late is not good.

The timing wasn’t the only questionable aspect of Portia de Rossi’s post.

Her first hashtag included in her “I Stand By Ellen” post was “#stopbotattacks.”

What, exactly, does she mean? Is the celebrity couple having malware issues? Or is de Rossi claiming that bots created the entire Ellen DeGeneres drama?

Last time I checked, former Everybody Loves Raymond star, Brad Garrett, was not a bot. And he made his stance loud and clear.

When you consider the security guards, former guests, and staff that have all made damning claims against Ellen, you have to wonder who’s the real ‘bot.’

Does Portia de Rossi really believe herself? Why did it take so long for her to back up her wife?

She was posting photos videos of her recipes while the controversy was reaching a fever pitch.

Could she be doing the absolute least because she too knows the truth about Ellen?

Rumor Has It: Ellen DeGeneres Is Not the Best Partner

Rumors have swirled this celebrity couple for years, starting in 2013. That’s when the two were allegedly going through marital strife, which Ellen swiftly denied.

Rumors resurfaced earlier this year when reports of Ellen’s domineering ways were gaining traction. It would make sense.

If Ellen DeGeneres exerts her power over her guests and staff, she likely does the same to her spouse.

Just watch this video, on Portia de Rossi’s timeline, regarding the Ahmaud Arbery case. Portia tries to speak her mind for a few seconds before Ellen takes over and hogs the space. De Rossi’s post suddenly turned into The Ellen Show. 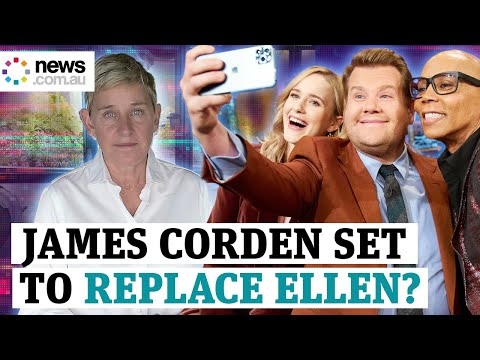 It makes sense that de Rossi would drag her feet to defend this woman. She likely feels a marital duty, but she certainly didn’t make it a priority.

As much as Portia de Rossi might be trying to make a case for Ellen DeGeneres, it appears to be just another case against her.

And this time, you can’t blame the bots.

September 26, 2020 15 Comments
← PreviousEllen DeGeneres Goes AWOL as #ReplaceEllen Trends on Twitter
Next →Meghan Markle Is No Leading Lady – but We Already Knew That!