Former Tottenham Hotspur manager Mauricio Pochettino is reported to be keen on the Manchester United job. Following defeat to Burnley on Wednesday the pressure is on current boss Ole Gunnar Solskjaer.

Wednesday night’s loss to Burney was by no means a catastrophe, but it’s not a good sign. United are only six points off the Champions League places, but two wins in their last five don’t make for great reading.

Mauricio Pochettino has been a long-time target for United. There was interest in the Argentinian back when Jose Mourinho was fired, but Solskjaer’s performance during his interim period earned him the job permanently.

Even during his somewhat successful run, some fans questioned the appointment of Solskjaer. Those same fans now urge the Manchester United board to hire Pochettino.

The only way United can be saved is if Mauricio Pochettino comes into the club with specific and strict demands of having full control of the football aspect of the club with no Ed Woodward interference whatsoever.

THE ONLY SOLUTION under the current regime.

The former Spurs manager is no fool. Not only did he watch the problems Jose Mourinho had at United, but he’s had to work with Daniel Levy at Tottenham.

Jose had some well-publicized issues trying to sign his primary transfer targets during his time at United. Pochettino had similar problems working with the frugal nature of Daniel Levy.

Despite reaching the Champions League final, Spurs still didn’t splash the cash. Tanguy Ndombele is a marquee signing who cost the club around £55 million, but one signing isn’t enough. This failure to capitalize on their recent success no doubt played a part in Mauricio Pochettino losing his job.

From the laughing stock to the Champions League Final.

From Top 4 hopefuls to top 4 regulars.

From No signings to No stadium, he challenged for the title.

Poch made us all believe again. He gave us memories to last a lifetime.

It’s hard to believe he’d make the same mistakes at United if given the chance. Reports suggest that he’s adamant about having complete control over transfers. Will United grant him this condition? That’s the key question.

Time for Manchester United to Go ‘All In’

United seems to be in freefall at the moment. Since Alex Ferguson left almost seven years ago the club has continued to spiral. The time has come for those running the club to do what’s needed to return Manchester United to former glories. Anything less is unacceptable.

Mauricio Pochettino is the ideal man to take United back to the promised land, but he won’t be available forever. It’s hard to believe that other top clubs aren’t already eyeing him up. There were reports that Barcelona approached him a few weeks ago. They won’t be the last to sound out the former Spurs man.

Manchester United need to bite the bullet and acquiesce to Pochettino’s demands. Give him the players and the transfer budget that Tottenham denied him and let him fulfill his potential. 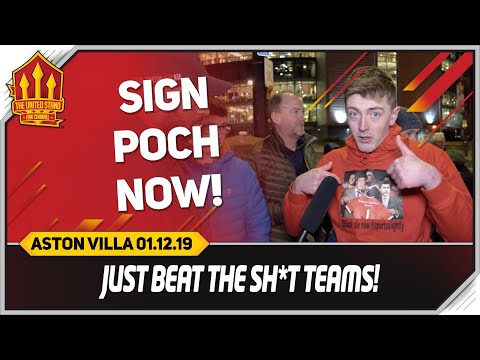 If United chooses to shy away from those conditions or try to persevere with Solskjaer and revisit the situation in the summer it may be too late.