Rumors are a pretty constant fixture of the games industry. It seems like only every other day we hear about some rumor that a new game is being made or one company is buying another. The latest internet rumor concerns Playtonic, developers of Yooka-Laylee.

Basically a rumor started flying around that they were being bought by Microsoft. On top of that, it was also being said that they would be working on a new Banjo-Kazooie game! Apart from making it seem like we’ve gone into a time loop, how did this rumor get started? Well, it was mostly about a bag.

Genuinely find it funny how random forum posters read into stuff way too much, in an attempt to link a developer to an acquisition, to the point said developer has to come out and clarify everything. pic.twitter.com/iqiCvFFNIF

It all started with the announcement that Ed Bryan, artist for some original Banjo-Kazooie characters, was joining Playtonic. Obviously, this was great news for the future of the studio. Already primarily made up of alumni from Rare, it makes sense to get even more people from the old crew onboard.

Next up, Bryan tweets a picture of a bag, saying: “Well, I never really had any plans to use this again.” Many people took this to mean that he was bringing the bag out of retirement because Playtonic would be working with Microsoft. As it turns out, nothing could be further than the truth.

In fairness to the people who believed this, there was a bit more evidence than a bag. Playtonic had recently registered a new company. Also, the co-founder of Playtonic had made a change to his Linkedin profile, referencing more Yooka-Laylee games.

Or maybe it’s just that you can’t differentiate having fun speculating versus making concrete claims (like with Obsidian Entertainment). I always said Playtonic will not get acquired. Obviously so. pic.twitter.com/g53G3mqZyt

Playtonic Quickly Shut It Down

Platonic came out pretty quickly with a statement, shutting down the rumor. No, they’re not working on Banjo-Kazooie, and no they’ve not been purchased by Microsoft. Looking back on things, the evidence was pretty slim. The bag tweet could mean anything. He’s reusing an old bag with the word’s Microsoft on it, perhaps to visit XO19 happening in London next week.

The change in bio simply talks about future games in the Yooka-Laylee series. It would be a stretch to assume that it means anything beyond that. As for the registering of PLAYTONIC GAME DEVELOPMENT LIMITED, that’s not that strange. Playtonic is pretty successful, it’s possible they’re considering publishing as well as development. Maybe they just want a subsidiary for any number of other reasons a company might need one. 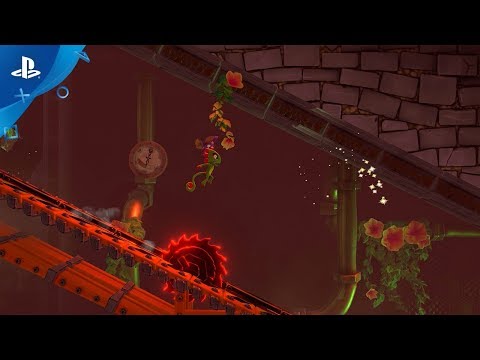 In fairness, most people discussing the rumors weren’t completely sure about them. As ResetEra user Kilobrille pointed out, it was all just a bit of fun speculation. The issue isn’t really with the users discussing something for larks, it’s on the internet at large.

People are super quick to latch onto stuff and just assume that it’s true. It seems pretty plain that what we have here is a case of wishful thinking getting way out of hand quickly. Like when a typo sparked rumors of an Xbox One launch for death stranding. So remember, next time you see a spurious rumor or claim online, take it with a pinch of salt. Especially if the rumor is mostly based on a picture of a bag.