Today’s announcement that Sony will stage a deep dive into the PlayStation 5 tomorrow has caused quite a stir already.

This single tweet from PlayStation has already amassed four times as many retweets and likes as Microsoft’s slew of Xbox Series X reveals yesterday. 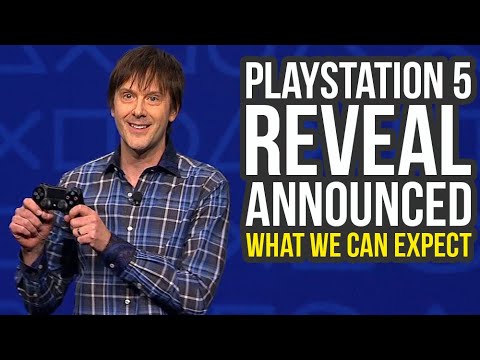 The PlayStation brand’s global notoriety clearly has a part to play. But there’s a sense that Sony’s radio silence has had no impact on the appetite for the PlayStation 5.

More interesting than trying to gauge public interest in the two competing next-gen consoles are the murmurs from industry insiders and developers.

Early signs suggest tomorrow’s deep dive will be nothing short of impressive:

Similarly, Kotaku’s Jason Schrier says that one “technically-minded” person is touting the PS5 as “the most exciting hardware in 20 years.”

We may need to manage our expectations, though. The PlayStation Japan Twitter accompanied the announcement about tomorrow’s PS5 event with a tweet reading:

This video contains a scheduled session from the Game Developers Conference (GDC) in the United States and is available in English only (no subtitles). Please note.

The suggestion is that Cerny’s PlayStation 5 dive has been on the cards for some time.

GDC generally gears its talks and panels towards developers rather than the general public. These take a more technical approach to games and hardware. As such, it’s hard to gauge what Sony will cover. The tweet leaves it open to interpretation, though.

When asked whether the PlayStation 5 would boast 9 Teraflops, the official Sony Twitter handle simply tweeted back, “See you at 9 am pacific.” Is Sony hinting at a full spec reveal?

A Glut of Next-Generation Console News

As the old saying goes, when it rains, it pours. We’ve had months of nothing from Sony and sporadic news from Microsoft, only to be positively spoiled with details this week.

It doesn’t stop here, either.

As soon as Mark Cerny has wrapped his PlayStation 5 reveal, Microsoft is hosting a GDC replacement Game Stack live stream. Dubbed “Xbox Series X + Project xCloud = New Chapter in Gaming,” the consensus is that Microsoft will explore how the two pillars of its next-gen plans cohabit.