It turns out that game publishers loathe G2A and its controversial business model so intensely that they’d rather you pirate their titles than give the video game key reseller a dime.

Leading the protest is Mike Rose, who published biking game Descenders. Taking to Twitter, Rose notes that it’s virtually impossible to turn off the G2A ads for his game; he also highlighted the fact that these ads appear above his company’s links to the game. As such, the company makes “zero money on our games if people buy them through ads.”

In the latest episode of Fuck G2A:

G2A has taken out sponsored ads on Google, which mean that when you search for our games, you get G2A popping up above our own links — and we make zero money on our games if people buy through the ads.

And when you try to turn their ads off… pic.twitter.com/hSiIkaOLle

He then went on to say that he believes games should pirate the game instead of purchasing through the website.

“Please, if you’re going to buy a game from G2A, just pirate it instead!” he said. “Genuinely! Devs don’t see a penny either way, so we’d much rather G2A didn’t see money either.”

This was echoed by other developers, including Vlambeer’s Ramil Ismail, who notes that publishers don’t just miss out on revenues, but also incur customer support costs for fake key requests that may be distributed on G2A.

“If you can’t afford or don’t want to buy our games full-price, please pirate them rather than buying them from a key reseller. These sites cost us so much potential dev time in customer service, investigating fake key requests, figuring out credit card chargebacks, and more.”

Game developers have been railing against G2A for more than half a decade. Back in 2014, Mode 7’s Paul Kilduff-Taylor demanded that the site stop selling the company’s Steam keys, which it does not necessarily obtain directly from publishers

The Controversial History of G2A

For example, many come from Humble Bundle, which allows customers to pay what they want for game bundles. One of the differences between Humble Bundle and G2A, however, is that developers and publishers typically partner with the former to sell their games; this isn’t the case with the latter.

This has led to many of the titles sold through G2A.com and other online distributors being unauthorized, which means many gamers may not be purchasing the actual game. Should this be the case, then they’re left out of pocket, with no alternative but to contact the publishers.

Just look at the case of Ubisoft in 2015, who deactivated over 1,000 Far Cry 4 keys that were sold through the website. When the publisher found out about the keys and subsequently deactivated them, it issued a statement, saying:

“We regularly deactivate keys that were fraudulently obtained and resold. In this case, we are currently investigating the origin of the fraud and will update customers when we have more information to share. In the meantime customers should contact the vendor from whom they purchased their key.”

While these keys were sold through Kinguin, the website operates in much the same capacity as G2A. After Ubisoft investigated the issue, Kinguin refunded $165,312 from their sale; outside of Far Cry 4, this included 450 Assassin’s Creed codes and copies of The Crew and Watch Dogs.

How Is G2A Even Legal? 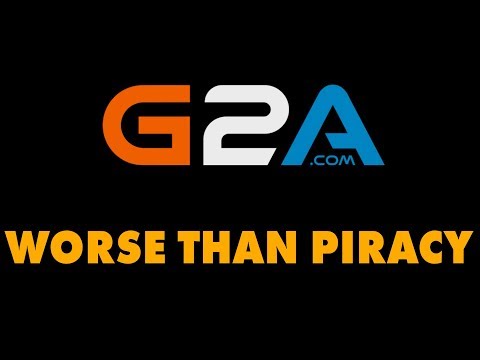 This opens up the question as to whether or not G2A’s operations are legal, which is a complicated issue. As Citizen Journal notes, it is legal to purchase a game from the website, provided the reseller didn’t fraudulently obtain the key.

Whether or not a retailer is authorized to sell a title makes a significant difference on whether a title works. The primary reason for this is that they can deactivate a code at any given time. With G2A, for instance, this means that players run the risk of losing access to the game.

As such, it’s best to play it safe and purchase from the publishers themselves, or an authorized seller. While it means that there’s a higher price, it also means supporting those who made the game.

After all, they’re the ones who put in the work.