Just when we thought 2020 couldn’t get any weirder, Piers Morgan has made a shocking U-turn on his views about Meghan Markle.

Ever since Meghan got engaged to Harry, Morgan has been one of her most outspoken critics. 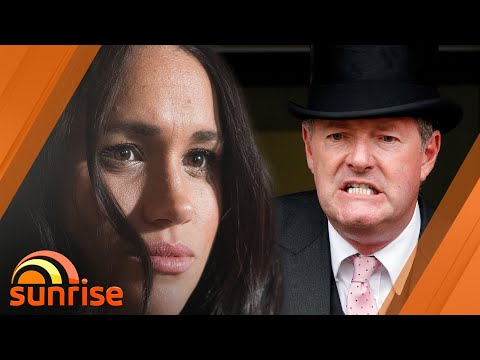 When it comes to being anti-Sussex, the 55-year-old former editor of The Mirror has been the one leading the charge.

As a one-time friend of the Duchess, Morgan has made it clear on several occasions that he sees through her. When she was named top social climber by Tatler, Piers was the first to congratulate Meghan on her achievements.

She’s worked very hard for that honor and I congratulate her…Great social climbing. The climbing littered with the carcasses of those who once knew you, littered around.

When few wanted to believe that Meghan is the dastardly manipulative minx she is, Piers was already up there, shouting it from the rooftops.

Out of all the things to happen this year – the bubonic plague rearing its head, covid-19 sweeping the world, Donald Trump telling people to inject themselves with disinfectant – this strange turn of events is perhaps the most surprising. Our leading man has abandoned us in our time of need, citing an “awakening.”

We are all entitled to a change of heart, but Piers was always sure and steadfast in his distrust of Meghan. After all, she did ditch him at the drop of a hat when she shacked up with her royal ginger ninja.

In an interview published in Grazia, Morgan claimed to have always “been a liberal at heart,” and spoke candidly about discouraging racism, his anti-Trump views, and his treatment of Meghan Markle.

Far from being the scratching, opinionated Morgan we know and love, this is a scaled-down, PG13 version. To put it bluntly, Morgan has been neutered, but by what it remains to be seen. According to him, the transformation is simple.

I’ve woken up. I’ve had an awakening. Not in a woke way. But I have woken up.

Piers went on to say that when it comes to Meghan, aka her highness of faux shyness, he should’ve handled it differently.

When I look back at the Meghan Markle stuff maybe there was a better way of handling it. It all seemed so important at the time, now it seems so irrelevant. I was able to watch her talking about George Floyd and think she made some good points.

It isn’t the first time that Morgan has said he may have taken things “too far” when it comes to the circus that is Megxit.

In May, he said he probably got a little bit over-excited in his pursuit of the runaway Duchess and her hypnotized hubby, but we gave him the benefit of the doubt. One moment of weakness given the current climate is understandable. Now it seems that Piers Morgan has fallen for Machiavellian Meg’s endless barrage of do-good nonsense.

Now the rest of the world has caught up, Piers has left the building, leaving us without a general, but fearlessly marching on nonetheless. Morgan might have left the fight, but the rest of us are still in it.