Bitcoin basher Peter Schiff has been quietly holding some of the biggest cryptocurrency. Schiff, who is a gold bug, has been incessantly cranky on crypto and recently characterized bitcoin investors as “dumb.” The shoe is on the other foot now, as it turns out the Shiff, who is the CEO of Euro Pacific Capital, received roughly $100 worth of bitcoin as a gift and has been holding it ever since.

Morgan Creek Digital’s Anthony Pompliano brought it up on Twitter, and Schiff didn’t deny it, deciding instead to provide more details. This inspired Pompliano to offer to send the crypto skeptic more bitcoin. After one failed attempt, Schiff found his BTC wallet address and tweeted it.

He has since racked up some $500 worth of bitcoin, all before the stock market even opened.

Meanwhile, his precious commodity gold has been almost as volatile as bitcoin. The gold price rose above the psychologically important 1,400 level at the beginning of the week only to fall back below it. Gold just lost more of its luster.

After U.S. jobs data came in better than economists were expecting for June, investors found less of a reason to invest in the safe haven and the gold price dropped. Schiff is still crying recession and he expects the Fed to cut rates, which he says would “boost inflation.”

Gold feeling the heat after the June jobs report came in stronger than expected pic.twitter.com/OlCybeZgqv

Gold bulls are skeptical about bitcoin because it threatens to take market share away from the precious metal, not to mention the coveted title as a store of value. Wall Street veteran Mark Mobius is another gold investor.  He told Bloomberg that he “loves gold,” particularly in a market in which interest rates are falling. 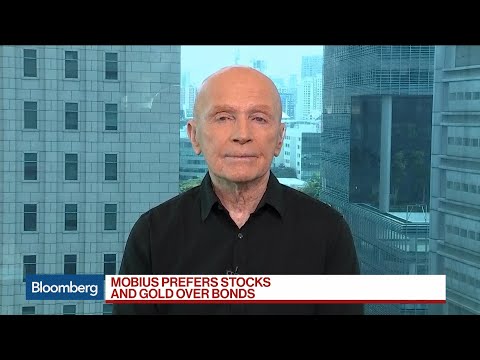 Like Schiff, Mobius is open to owning some digital gold, but he remains a no-coiner for the moment, telling Bloomberg about his reservations. But Mobius, who is at the helm of Mobius Capital partners, is stuck on the fact that bitcoin hasn’t made its way into the mainstream yet and isn’t “widely used,” citing the common misconception –

“…except in a lot of illicit activity, a lot of the drug transactions and things like that are taking place with cryptocurrencies.”

Regulators around the world are cracking down on illegal activity surrounding crypto with a focus on anti-money laundering policies. Mobius is not a buyer – yet – but he’s not ruling it out, either.

“At the end of the day, there are many people who do believe in it. And if it continues and grows, then I would probably have to be a buyer and be involved in this.”

With the upcoming launch of regulated bitcoin futures exchange Bakkt, price discovery for bitcoin will improve, which should appease Mobius. Two major gold bugs are warming up to bitcoin. Hope springs eternal for economist and bitcoin hater Nouriel Roubini.