Pepsi Thrives While Coke Fizzles in Worst Trading Day Since 2008

The legendary Coca-Cola Company has fallen on some hard times, and its officials aren’t seeing better days ahead.

Most understand its woes stem from consumers giving up their sugary soft drink addictions, but Coca-Cola is blaming something else that its main competitor, PepsiCo doesn’t see as that much of a problem.

Coca-Cola significantly lowered its outlook, saying that macroeconomics were among the headwinds that would continue to weigh on its sales. This logic seems to be unique to Coca-Cola, as PepsiCo officials didn’t call out macroeconomics as a major issue. It even raised its outlook.

Coca-Cola is the last of hundreds of companies reporting earnings. It doesn’t join the crowd of companies whose reports have helped move the stock market higher.

Fourth quarter and full year results were impacted by headwinds of 13% and 17%, respectively, from the combined impact of currency and the refranchising of company-owned bottling operations, the company reported. 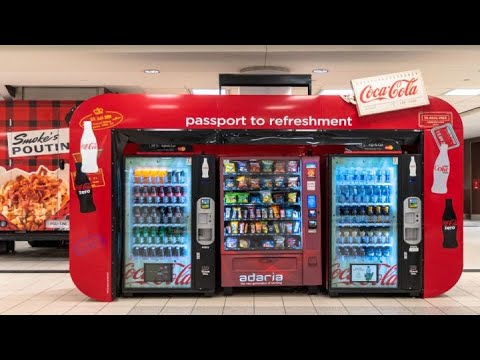 Can Coca-Cola Really Blame The World For Fiscal Woes?

Back in the day, Coca-Cola commercials included lyrics from a song that said “we’d like to teach the world to sing….We’d like to buy the world a coke, and keep it company.”

Today, it’s singling out countries around the world as being partly to blame for its slowing sales. Coca-Cola CEO John Quincey said:

Looking ahead, we’re seeing the impact of some increasing uncertainty and volatility in global macroeconomic conditions. Clearly, there are places where weakness is apparent. Argentina went down quite strongly in the fourth quarter and that’s likely to continue in the first half of this year. Turkey, very similarly, some parts of the Middle East.

If It’s Macroeconomics, Why Is PepsiCo Doing Fine?

Coca-Cola lowered its guidance, but PepsiCo announced it was boosting its guidance when it issued its Q4 2018 earnings Friday morning.

PepsiCo’s macros are largely fine around the world. Of course, there are always going to be one or two areas of dislocation, but by and large we think the macros are benign. Perhaps they are a little bit slower than what they’ve been for the last couple of years. But certainly, for a consumer stable company, it has not been noticeably so.

PepsiCo chairman and CEO Ramon Laguarta said in a statement on Friday morning.

Our 2019 EPS performance is expected to be impacted by incremental investments that are intended to further strengthen the business, lapping a number of 2018 strategic asset sales and refranchising gains and an increased core effective tax rate in 2019.

The tempered guidance appears to have been factored in by the market, as PepsiCo’s 1.4% decline after Coke’s earnings announcement seems to have taken the sting out of PepsiCo’s report, according to TheStreet.

Tedra DeSue
If you can buy it, trade it, invest in it, or sell it, I write about it. For more than 20 years, I've covered all things finance. Based in Atlanta, Ga., I threw myself into covering the crypto space with a keen understanding that it would be an industry disruptor. I'm in constant search for the real Satoshi Nakamoto!
Subscribe
0 Comments
Inline Feedbacks
View all comments