When all else fails, call on Paul Rudd.

But unlike other celebrity PSAs, Rudd’s corniness was at least self-aware.

Paul Rudd’s Video Is Embarrassing For Everyone

I can’t imagine how difficult it must be to do a PSA for the youth without sounding corny. Instead of trying to solve that puzzle, Paul Rudd leaned into the awkwardness:

It seems like most people can agree on Rudd’s likeability, but that doesn’t mean it shines through in this video. Rudd leans into his ’embarrassing dad’ vibes as he tries to sound like a millennial.

It’s schtick we’ve all seen a million times before: old guy tries to use slang from a younger generation and sounds like an idiot. And honestly, it’s not much better than your friend’s dad playing the same bit.

But what’s most embarrassing is the fact that Paul Rudd even has to make this video. Is it really that hard to wear a mask, young people? The more you ignore safety protocol, the more terrible videos these celebrities will make.

And this one is far from the worst.

The PSAs Have Been Much Worse

Let’s not forget what Aaron Paul did to us with his “I Take Responsibility” video.

In case you forgot, here’s a tragic reminder:

regret to inform you the celebs are at it again pic.twitter.com/pfORBiqvrX

If the first four seconds weren’t enough to make you want to vomit, then congrats, you have a stronger consistency than I.

Of course, there was Gal Gadot’s equally repulsive rendition of “Imagine.” If you’re brave enough for a reminder, check out this clip: 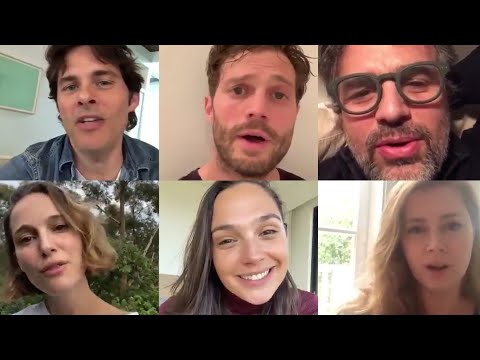 And let’s not forget when Madonna slithered around in her bathtub to prophesize what the coronavirus would mean to the world.

And Paul Rudd is doing corny bits to get us to wear masks.

Moral of the story? Start acting right, kids. Please. Otherwise, these celebrities are never going to leave us alone.