Snyder told CNBC that Kraft’s sex tape would probably be released publicly even if he accepts a plea deal to make the case go away.

“Ultimately, they are probably going to get released. Once a case is over, it’s not an ongoing investigation.”

“There has to be a specific reason not to release a public record. And the fact that there is sexual activity is not an exemption.”

Snyder says he has seen some of the videos, and he warned that they are “explicit, sexual, and graphic….It’s pretty ugly.” 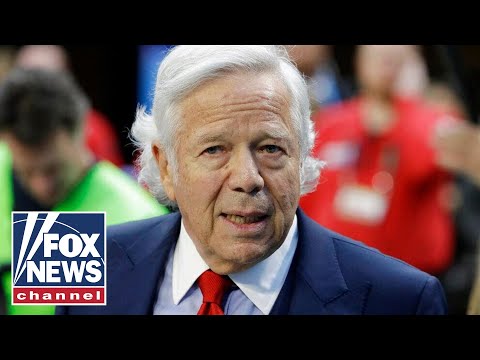 As CCN.com reported, Florida prosecutors offered to drop the charges this week if Kraft admits that he would’ve been found guilty at trial.

However, Kraft says admitting guilt is a non-starter, according to ESPN reporter T.J. Quinn, who broke the news of the plea deal on Twitter.

The government wants Kraft to admit he would have been guilty of solicitation had the case proceeded. I’m told that’s a non-starter for him. Expect intense negotiations over the next week in advance of Kraft’s scheduled March 28 court date. https://t.co/ohe3zv9Tmd

All This Posturing Is Probably Part of Negotiating

“I don’t believe that’s true. He’s indicated that he will not agree to admit guilt, but it’s a negotiation.”

Keep seeing reports that Kraft has rejected the deal. I don’t believe that’s true. He’s indicated he will not agree to admit guilt, but it’s a negotiation.

As for why Kraft won’t just admit guilt to end this humiliating spectacle quickly, Quinn says it’s a matter of principle for the 77-year-old widower, who does not have a criminal record.

“One, if convicted, it makes things tougher with the NFL. Two, sources say it’s personally important to him not to admit to a crime, even if he doesn’t dispute basic facts.”

So why would Kraft bother to fight two misd charges when they wouldn't affect his ability to get a job or a loan? One, if convicted, makes things tougher w/ NFL. Two, sources say it's personally important to him not to admit to a crime, even if he doesn't dispute basic facts.

Cynically, it’s likely that all this posturing in the press — with Kraft signaling reluctance to accept a deal and authorities threatening to release his graphic sex tape — is part of the negotiating process.

Here are some responses on Twitter to reports that Kraft’s explicit “happy ending” videos would be released:

So far, no one has been charged with human trafficking, causing critics to accuse Florida authorities of sensationalizing a local prostitution sting operation to satisfy the grandiose political ambitions of local bureaucrats desperate to raise their profiles.

Authorities say the massage therapists were not held against their will and could have walked out anytime. Moreover, there’s no evidence that Robert Kraft knew that the masseuses could theoretically have been trafficking victims.

Kraft has pleaded not guilty to two misdemeanor counts of soliciting prostitution. He faces up to a year in jail if convicted (although that is highly unlikely). He will also be required to complete 100 hours of community service, and attend a class on prostitution.

However, the New England Patriots owner’s legal woes are less worrisome to him than the sanctions he might face from the National Football League. Under the NFL’s personal conduct policy, team owners and players are required to “refrain from conduct detrimental to the integrity of, and public confidence in, the NFL.”

The NFL has previously disciplined players who were never prosecuted. Kraft is expected to appear in court on March 28.