By CCN.com: Pakistan’s military spokesman has warned India that any threat will be met with the full force of its nuclear arsenal.

In a press conference on Monday, Major General Asif Ghafoor hit back against Indian prime minister Narendra Modi who recently threatened Pakistan with the “mother of all nuclear bombs”:

“In your [Indian] rhetoric, you keep using nuclear power as a threat… Nuclear powers are not a threat, they are a weapon of deterrence that should not be mentioned lightly…Do not test our resolve.”

India: “the mother of all nuclear bombs”

“We have the mother of nuclear bombs. I decided to tell [Pakistan], do whatever you want to do but we will retaliate.”

Days later, on the campaign trail for re-election, Modi doubled down on the nuclear threat. He warned that India’s nukes were not just “for Diwali,” implying that he’s prepared to use the country’s extensive nuclear firepower against neighboring Pakistan.

The nuclear threat between India and Pakistan has ramped up in recent months. Following a terrorist attack that killed 40 Indian personnel, New Delhi ordered an airstrike within Pakistan territory.

Pakistan responded by lining up fighter jets at the border, while India stockpiled an arsenal of weaponry and tested a space missile.

In the last month, the tension has turned nuclear with both sides threatening its nuclear supremacy. The heightened rhetoric likely comes as India’s prime minister battles for re-election. 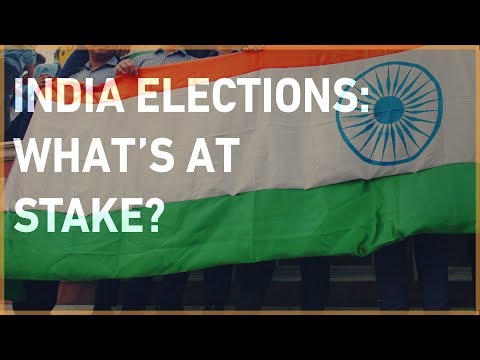 Pakistan has the edge over India in terms of nuclear weaponry. According to the Arms Control Association, Pakistan commands 145 nuclear warheads to India’s 135.

Pakistan’s nuclear arsenal is specifically designed to protect itself against the Indian threat. Most of Pakistan’s nuclear weaponry are Tactical Nuclear Weapons (TNWs). These are smaller than traditional nukes, but hyper-designed for close-counter ground battles. In other words, they’re specifically built for use against India.

Pakistan: “we were not involved” in suicide attack

Major General Asif Ghafoor also reiterated that Islamabad was not involved in the Pulwama terrorist attack that killed 40 Indians in February. The attack sparked the current bout of nuclear threats.

“We told them we were not involved… India then violated our airspace, we then gave the ultimatum that we will respond when we see fit. Two months have passed since and India has told countless lies on the matter. We have not responded to the lies, not because we can’t, but because we don’t want to retaliate.”

“International media came to Pakistan, we told them that they should go to the place and see for themselves what had happened. India had said that 300 people had died in their attack [in Balakot]. Then they said that they had used a small-scale missile that bore a tiny hole in the ceiling of the building and then exploded inside. We again offered to show your own [Indian] media the site.”