The heavy metal legend has announced his “presidential bid” in support of his upcoming album — his first in several years.

Even though Osbourne would make a fine enough president, there are other celebrities who are just as viable.

To be clear, Ozzy Osbourne isn’t really running for President of the United States. Aside from there being no evidence of appropriate paperwork filings, Osbourne is a British citizen (which is why he splits his time between Los Angeles and England) and therefore disqualified from running. 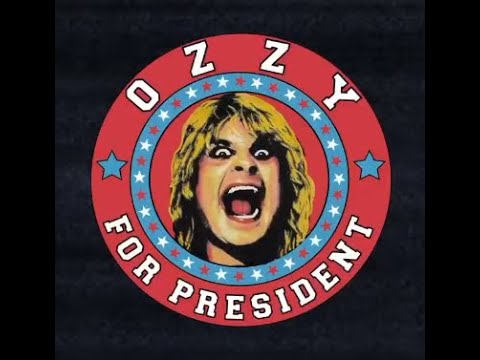 But the launch of this “presidential Ozzy” merchandise coincides nicely with the upcoming release of his new solo album, “Ordinary Man,” which is also his first solo album in 10 years.

Would he, however, make a better presidential option than Kanye West — who also seems to be running a presidential publicity stunt, albeit one that people are actually taking seriously? Absolutely. After all, Ozzy Osbourne would be smart enough to pick Sharon Osbourne — his wife and longtime business manager — as his running mate, and we all know that woman can whip us all into shape and have a good time doing it.

But since we’re talking about celebrity presidential bids, what about these options?

The three-ring circus that is Donald Trump’s “celebrity” presidency needs to come to an end. There’s no question about it, at this point.

But if Ozzy Osbourne isn’t a suitable replacement, let’s consider these five other options:

All jokes aside — Ozzy Osbourne certainly made a cute marketing campaign, one that only further endeared him to his adoring and ever-growing fanbase. But on November 3, 2020, Americans need to do their civic duty and get out and vote.